Talwar has been charged with liaisoning to secure undue benefits for Emirates, Air Arabia and Qatar Airways at the cost of national carrier, Air India 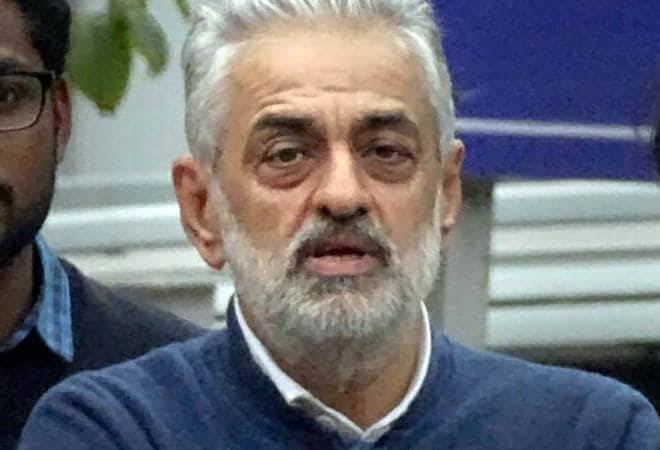 Deepak Talwar arrested by the CBI.

The Central Bureau of Investigation (CBI) has arrested aviation lobbyist Deepak Talwar in connection to a case related to an illegal aviation deal. This is the first arrest by the CBI in connection with this case. Deepak Talwar was deported from Dubai earlier this year by the Indian agencies. His arrest came after a Delhi court turned down his plea for anticipatory bail.

Praful Patel, the civil aviation minister in the United Progressive Alliance (UPA) government when these deals took place, was named in the charge sheet by the Enforcement Directorate. He was recently grilled by the ED for 3 days in connection with the same case.

Talwar has been charged with liaisoning and lobbying with politicians, ministers, other public servants and officials of Ministry of Civil Aviation for airlines such as Emirates, Air Arabia and Qatar Airways for securing undue benefits for them. Sources say, Talwar illegally managed to secure favourable traffic rights for these airlines during 2008-09 at the cost of the national carrier, Air India.

According to sources, it has been alleged that these airlines made payments to the tune of Rs 272 crores to Deepak Talwar during 2008-09 to secure favourable traffic rights. "During the investigation it has been revealed that Deepak Talwar created a web of entities owned by him and his family members in India and international offshore havens, to launder Proceeds of Crime of Rs 272 crores received from foreign airlines. Part of these payments were made to a bank account in Bank of Singapore, belonging to a company M/s Asia field Limited registered in the British Virgin Islands and beneficially owned by Deepak Talwar," said a source.

According to the ED, which arrested Deepak Talwar after he was deported from Dubai, these Proceeds of Crime were layered through a series of international money transfers, to finally integrate in India in M/s Wave Hospitality Private Limited, a company beneficially owned and controlled by Deepak Talwar and his son, Aditya Talwar. These Proceeds of Crime were then utilised in the construction of Hotel Holiday Inn in Aerocity, New Delhi. The establishment was attached by the ED in March earlier this year.

Investigation in the Airline Seat Allotment Scam was initiated by the CBI against officials of the Ministry of Civil Aviation, NACIL, Air India and unknown private individuals. To avoid scrutiny, Deepak Talwar had fled the country. However, he was deported by the immigration authority of Dubai on January 31 this year and was subsequently arrested by the ED. The agency is also probing the Air India-Indian Airlines merger; purchase of 111 aircraft from Boeing and Airbus at Rs 70,000 crore; ceding of profitable routes and schedules to private airlines, and opening of training institutes with foreign investment.