Of the estimated Rs 63,941-crore project cost, Rs 11,535 crore will be for overall compensation, of which Rs 6,100 crore for acquiring private land, Rs 975 crore for taking over railway land and Rs 4,460 crore to pay compensation to structures that suffer damage 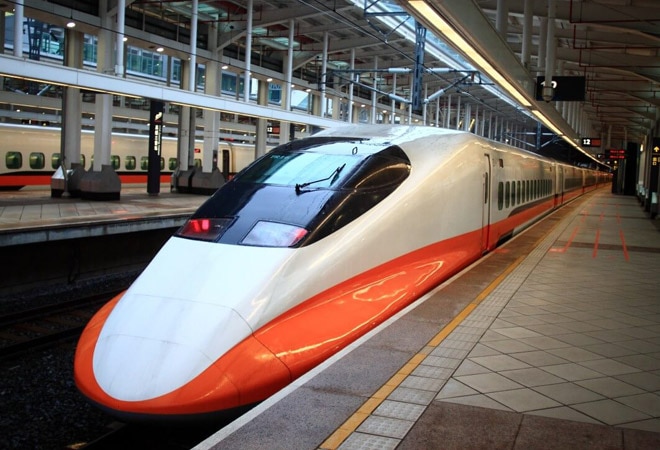 The 530-km-long rail project needs 185 hectares of the railway land and 1,198 hectares of private land

In a letter to chief minister Pinarayi Vijayan, dated January 5, Union finance minister Nirmala Sitharaman asked Kerala Rail Development Corporation (K-Rail), the nodal implementation agency, to expedite land acquisition for the most ambitious project of the state till date after obtaining necessary clearances, according to the official.

The Centre has also directed K-Rail to re-engage with Japan International Cooperative Agency (JICA) to finalise the funding for the Rs 63,941 crore semi high-speed rail Silver Line as it is named, connecting Thiruvananthapuram to Kasaragod and covering the 529.45-km ride in 4 hrs as against over 12 hrs now. The line will cover Thiruvananthapuram-Ernakulam/Kochi stretch in flat 90 minutes, as against over 4 hours now.

Kumar said Sitharaman's letter was the reply to the letter from Vijayan four-five months ago seeking approval for ADB loan for the project and that asking us to 'begin land acquisition' can be construed as approving the project but "technically speaking this is not the final approval" from the centre.

He also blamed clerical errors in the revised plan for the long delay because when JICA sought to nearly halve its exposure, "we had forgotten to remove the original document approving Rs 33,700-crore funding from the revised plan that seeks only half of it, along . with the new plan. The Union finance ministry officials saw only the old document, hence asked us to resubmit a new proposal, which though was done already".

He further said the central funding will come from the Rs 1,10,055-crore allocated for the National Rail Plan-2030, of which the Silverline is already a part.

The state finance minister TM Thomas Isaac, while presenting the budget last month, said the state is "moving ahead with land acquisition for the project after completing the necessary environmental assessment and clearance next fiscal".

The 530-km-long rail project needs 185 hectares of the railway land and 1,198 hectares of private land.

Of the estimated Rs 63,941-crore project cost, Rs 11,535 crore will be for overall compensation, of which Rs 6,100 crore for acquiring private land, Rs 975 crore for taking over railway land and Rs 4,460 crore to pay compensation to structures that suffer damage. Another Rs 1,730 crore will be needed for resettlement and rehabilitation.

The Centre will invest just Rs 3,000 crore in equity for the project, of which Rs 975 crore for the cost of the railway land that will be shared for the project wherever there is parallel alignment with the existing mainlines, Kumar said, adding thus the effective cost for the railways is the just about Rs 2,025 crore in the Rs 64,000 crore project.

The Silverline will run parallel to the existing railhead from Kasaragod to Tirur in Malappuram district, while an alternative green-field alignment has been chosen for the Tirur-Thiruvananthapuram stretch. The 530-km line will have nine stops at Kollam, Chengannur, Kottayam, Ernakulam, Thrissur, Tirur, Kozhikode, and Kannur, Kumar said.

The project was first announced in 2019 and is expected to cost Rs 1,457 for one-way ticket for the whole length.

Kerala Rail Development Corporation (K-Rail) is a joint venture between the Railways and Kerala.

The detailed project report was prepared by the Paris-based consultants Systra and the environment impact assessment has already been completed by the city-based Centre for Development Studies for the project is aimed to be completed within three years. The government plans to develop a new service road along the railhead and to develop five new townships along its way.