On New Development Finance Institution, which FM herself announced during her Budget 2021 speech, she said the idea of creating such an institute came from IDBI experience 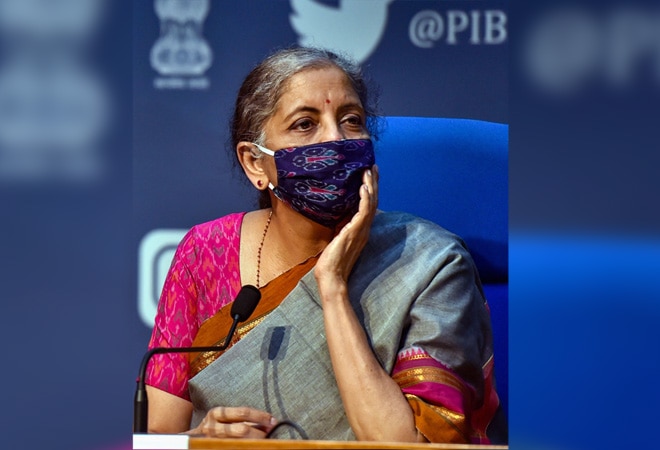 Union Finance Minister Nirmala Sitharaman on Sunday rejected opposition parties' charges of "selling the family silver" and stated that the Centre has devised a clear strategy on divestment so that taxpayers' money is spent wisely. She further said that "Family's silver" should be strengthened, and it should be the country's forte.

"Family silver should be strengthened; it should be our takat (strength)... Because you've spread it so thinly, there are many of them (PSUs) that are not able to survive; and the few that can perform do not get the due attention," Sitharaman said at '"Sarvasparshi Arthasankalp 2021" event in Mumbai on Sunday.

The finance minister, in her budget speech, said the government had planned to privatise two state-run banks, besides the IDBI Bank, and a general insurance company in FY22. She also announced the proposed initial public offering of state-run Life Insurance Corp. of India (LIC).

On New Development Finance Institution, which FM herself announced during her Budget 2021 speech, she said the idea of creating such an institute came from IDBI experience. Recently, Economic Affairs Secretary Tarun Bajaj also told media that the new DFI will be 100 per cent government owned. Later on, it will get in more stakeholders as per its financing needs.

Speaking about India's banking sector, the finance minister said that the country needs at least 20 banks the size of SBI to meet its needs.

At the same event, Hindustan Unilever Chairman and Managing Director Sanjiv Mehta said Budget 2021 is India's version of the "new deal" by focusing on relief, recovery, and reform, and represents a "confident and unapologetic India."

BSE Chief Executive Officer Ashishkumar Chauhan said the only parallel to the Budget is with the 1991 reforms document presented by then finance minister Manmohan Singh.

He also underlined the latest proposals as significant because they are not being undertaken under any duress.

Earlier on Sunday, a few Congress party workers showed black flags to Sitharaman to protest against the Union Budget and the increasing fuel prices. However, Deputy Commissioner of Police (Zone 4) Vijay Patil said, "The protest took place peacefully. No untoward incident was reported. No one has been detained and no FIR has been registered."Also read: Uttarakhand Glacier Burst Live Updates: Dehradun, Haridwar, UP on high alert; rafting stopped in Rishikesh

Confident of reducing fiscal deficit to 4.5% of GDP by FY26: Somanathan

Sun Pharma recalls 36,275 cartons of testosterone injection in US