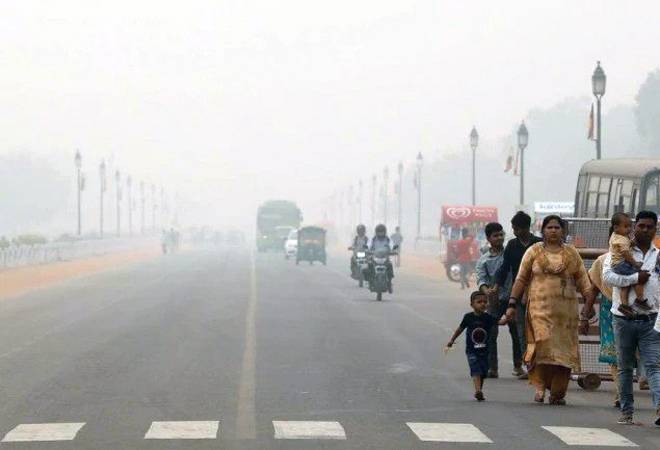 Centre on Monday told the Supreme Court that it will bring new legislation to tackle air pollution in the Delhi-NCR area. Following this, the apex court has stayed its own order of October 16 appointing one-man panel of retired apex court judge Justice Madan B Lokur to monitor the steps taken by neighbouring states to prevent stubble burning.

Center also told SC it will shortly issue an ordinance to regulate and monitor stubble burning in NCR.

Chief Justice SA Bobde welcomed the government's proposal and said, "It is something that the government should have acted on. This is not a matter for PIL. The only issue is people are choking because of pollution and it is something which must be curbed".

Solicitor General Tushar Mehta told the bench that the Centre has taken a holistic view of the matter and the draft of the proposed law on curbing pollution would be submitted in the apex court within four days.

Senior advocate Vikas Singh, appearing for the petitioner who raised the issue of pollution caused due to stubble burning, said that the legislation would come only by next year. To this, Mehta said, this government acts fast.

On October 16, the apex court had raised concern over the worsening air quality in Delhi-NCR and appointed one-man panel of Justice (retd) Lokur to monitor the steps taken by the neighbouring states to prevent stubble burning.

The court had directed the court-appointed Environment Pollution Control Authority (EPCA) and chief secretaries of Delhi and the concerned states to assist the Lokur panel to enable physical surveillance of fields where stubble is burnt.

The bench posted the matter for hearing on October 29 when another pending matter related to pollution is listed.

The top court is also hearing a PIL filed in 1985 by environmentalist M C Mehta on air pollution and had last year even taken a suo motu note of an alarming rise in air pollution in Delhi-NCR.

Delhi's air quality fell to the "very poor" category on Monday, post Dussehra festival celebration. The data by the Central Pollution Control Board showed Delhi's overall air quality index at 343 on a scale of 500.

The Ministry of Earth Sciences' air quality monitor, SAFAR, said the wind direction and the wind speed is favourable for the transport of the pollutants from farm fires in Haryana, Punjab, and other neighbouring regions to Delhi. The contribution of stubble burning in Delhi's PM2.5 concentration was 19 per cent on Sunday.

Bihar Elections 2020: 'Voters and I believe he is corrupt,' says Chirag Paswan as he attacks Nitish Kumar