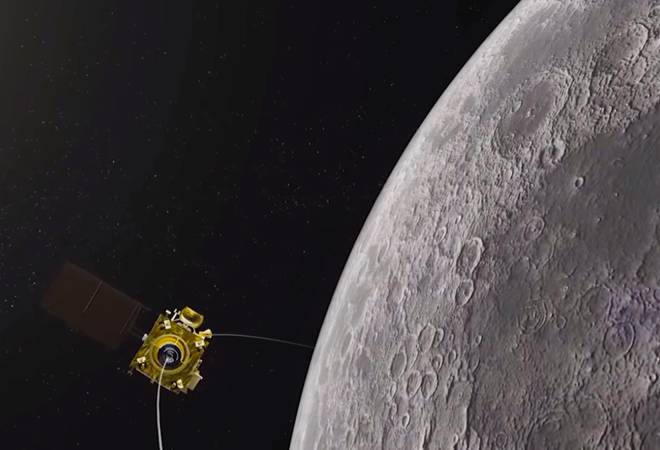 NASA has lauded Chandrayaan-2, saying India's moon mission has "inspired" the US space agency which is keen to jointly explore the solar system with ISRO, a day after the lunar expedition suffered a snag while attempting a historic landing on the uncharted South Pole of the Moon.

The Indian Space Research Organisation's (ISRO) plan to soft-land the Chandrayaan-2's Vikram module on the lunar surface did not go as per script in the early hours of Saturday, with the lander losing communication with ground stations during its final 2.1-km descent.

"Space is hard. We commend ISRO's attempt to land their Chandrayaan2 mission on the Moon's South Pole," the National Aeronautics and Space Administration (NASA) said in a tweet.

"You have inspired us with your journey and look forward to future opportunities to explore our solar system together," it said.

"We congratulate ISRO on their incredible efforts on Chandrayaan2. The mission is a huge step forward for India and will continue to produce valuable data to fuel scientific advancements. We have no doubt that India will achieve its space aspirations," Acting Assistant Secretary for South and Central Asia Alice G Wells tweeted.

Former NASA astronaut Jerry Linenger told PTI on Saturday that the lessons learnt from India's "bold attempt" to soft-land Chandrayaan-2's Vikram module on the lunar surface will help the country during its follow up missions.

"We should not be too discouraged. India was trying to do something very, very difficult. In fact, Everything was going as planned as the lander came down," Linenger said.

India's historic mission to soft-land a rover on the moon's uncharted South Pole may have gone awry, but the landmark attempt highlighted its engineering prowess and growing ambitions to become a space superpower, the global media commented on Saturday.

"While India may not have stuck the landing on its first try, its attempt highlighted how its engineering prowess and decades of space development have combined with its global ambitions," the report said.

"The partial failure of the Chandrayaan-2 mission would delay the country's bid to join an elite club of nations that have landed in one piece on the moon's surface," it said.

The Washington Post in its headline "India's first attempt to land on the moon appears to have failed" said the mission had been a source of "immense national pride".

"Social media erupted in support of the space agency and its scientists despite the setback... The incident could now set back India's growing space ambitions, seen as a reflection of the aspirations of its young population," it said.

"One of the successes of India's space programme has been its cost-effectiveness. Chandrayaan-2 cost USD 141 million, a small fraction of what the United States spent on its historic Apollo moon mission," the report said.

The ISRO on Saturday tweeted that Chandrayaan2 mission was a "highly complex mission, which represented a significant technological leap compared to the previous missions of ISRO to explore the unexplored south pole of the Moon".

Words of praise and encouragement poured in for the ISRO from leaders across the political spectrum as they asked it not to be disheartened following the Chandrayaan-2 setback, with Prime Minister Narendra Modi expressing confidence that a "new dawn and better tomorrow" awaits the space organisation and its hardworking scientists.

The spacecraft began its journey towards the moon, leaving the earth's orbit on August 14 after a crucial manoeuvre called Trans Lunar Insertion or TLI that was carried out by ISRO to place the spacecraft on "lunar transfer trajectory".

According to NASA, only half of the lunar missions involving landing on moon surface have succeeded in the last six decades.

There have been a total of 109 lunar missions from 1958, out of which 61 were successful, says the US space agency's 'Moon Fact Sheet'.

The first lunar soft landing and first pictures from the lunar surface came from Luna 9, launched by the USSR in January 1966.

The Apollo 11 mission was the landmark mission through which humans first stepped on the lunar surface. The three-crew mission was headed by Neil Armstrong.

From 2009-2019, ten missions have been launched of which five have been sent by China, thre