NASA scientists are expected to release these pictures after proper evaluation in the next five days; if LROC is successful in capturing the exact location of Vikram, ISRO will be able to identify what went wrong with it 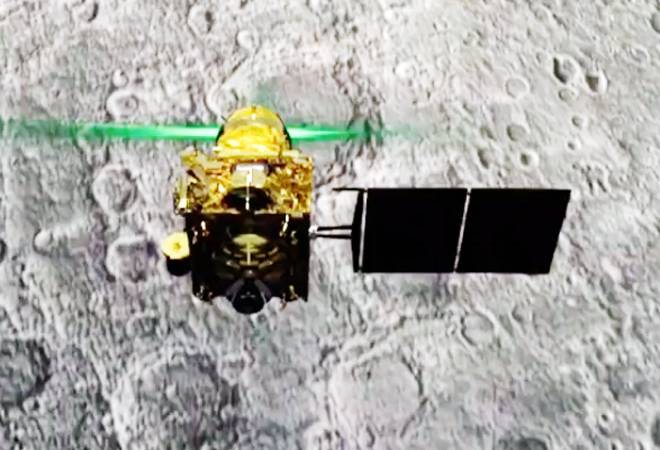 NASA's Lunar Reconnaissance Orbiter Camera (LROC) has sent latest pictures of the area where ISRO's Vikram lander may have crash landed on the moon. LRO Project scientist Noah Petro, who works at the Goddard Space Flight Centre in Maryland, Washington, told IANS that LRO Project experts were making "rigorous" efforts to find the exact location of the Vikram lander ever since lighting conditions had improved on the lunar area.

The National Aeronautics and Space Administration (NASA)'s LROC had scheduled another flyover over the landing site of ISRO's Chandrayaam 2 Vikram lander on Monday. "The lighting conditions on Monday were much more favourable, (with) less shadow in the region," Petro said.

NASA scientists are expected to release these pictures after proper evaluation in the next five days. If LROC is successful in capturing the exact location of Vikram lander, the Indian Space Research Organisation (ISRO) will be able to identify what went wrong with the lunar lander.

"We flew over the landing site on Monday and the camera team is still evaluating images, so we should know more in the next few days," Petro said, reported the agency. He added the scientists were doing careful research to find out what happened to Vikram.

He, however, maintained that since it's a vast area, it wouldn't be an easy task. "This is a large area, we don't know exactly where we have to look. So it will take some time to search the images because we are looking over a very, very large area," he told the news agency.

The United States' premier space agency, during its previous flyby over the site on September 17, had revealed that Vikram had a "hard landing" on the Moon's surface. While releasing high-resolution images captured by its LROC, NASA had said the Vikram lander attempted a soft landing on a small patch of lunar highland smooth plains but failed. But the agency could not verify the exact location of the spacecraft.

NASA had said since lighting would be favourable in October, the LROC would again attempt to "locate and image the lander". Vikram lander lost communication with the orbiter moments before it was scheduled to land on the moon on September 7. The site where the lander was scheduled to soft-land was located about 600 kilometres from the South Pole in a relatively ancient terrain.