Coronavirus economic stimulus nos of US, UK are exaggerated: CEA

The large fiscal package announced by some of countries should be seen more carefully before comparing it with what has been announced by the Indian government, says CEA Subramanian 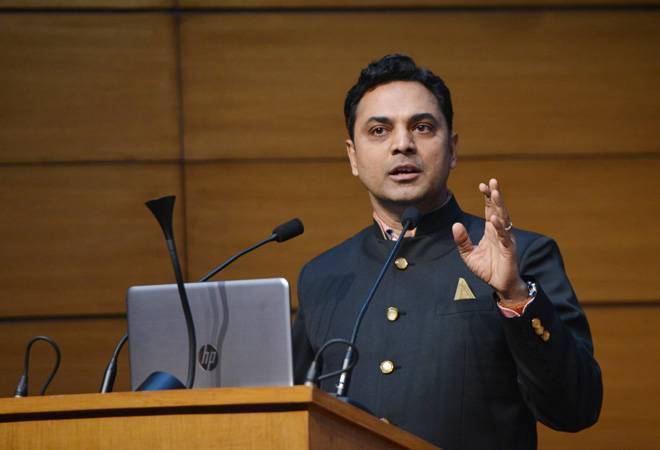 Krishnamurthy Subramanian, Chief Economic Advisor of Government of India
The Indian government has drawn a lot of flak for its overly cautious approach towards announcing a stimulus package compared to other countries such as the US and the UK. But the Chief Economic Advisor (CEA) to the government, Krishnamurthy Subramanian, says the numbers floating around of other countries' economic revival packages are exaggerated.

The CEA told Business Today that the large fiscal package announced by some of countries should be seen more carefully before comparing it with what has been announced by the Indian government.

He further says that the US fiscal package, if seen carefully, is not 10 per cent, but just 6 per cent of the GDP.

He says those comparing India's stimulus package with other countries should study those numbers carefully because many of those numbers floating around are not correct.

The Indian government has so far announced a stimulus package of Rs 1.7 lakh crore, which is 0.85 per cent of the country's GDP. However, analysts have said that the real impact of this stimulus package on the government finances is to the tune of Rs 70,000 crore because the rest of Rs 1 lakh crore was already budgeted for.

The other thing that he wants people to keep in mind when comparing with other countries is the inherent differences India has with those countries.

"By far the biggest difference is tax-GDP ratios in these economies. In countries such as Australia, the UK or the US, the tax-GDP ratios are far higher than ours. The percentage of population that pays taxes there is quite high. For instance, in the UK it is 40-odd per cent, while in India it is less than 10 per cent," says Subramanian.

The government is likely to announce another round of stimulus package, which according to Subramanian, would largely focus on supply side of the economy as the first one tried to remove the demand constraints.