The Lancet study indicated that while the hydroxychloroquine drug had no positive effect on COVID-19 patients, administering it to them can increase their risk of death as was identified in the study group 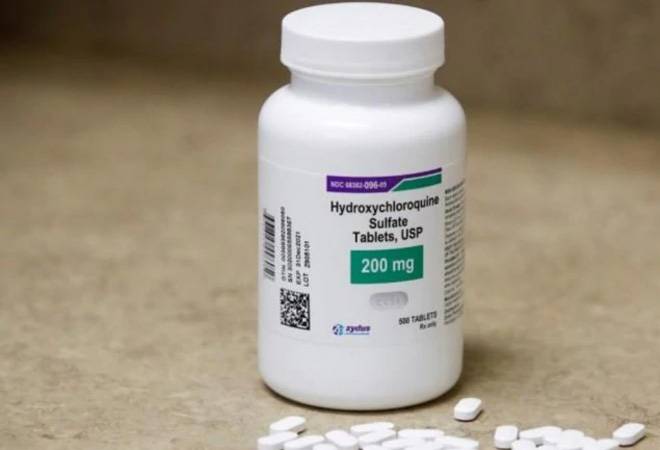 Hydroxychloroquine drug has been seen as a possible treatment for COVID-19 patients. (Photo: Reuters)

Lancet medical journal issued an official "expression of concern" on Tuesday regarding a study published by it last month on the effects of Hydroxychloroquine (HCQ) in the treatment of COVID-19 patients.

The peer-reviewed paper, which has also caused the World Health Organisation (WHO) to suspend its trials of the anti-malaria drug is under scanner now.

"We are issuing an expression of concern to alert readers to the fact that serious scientific questions have been brought to our attention," the journal said in its statement issued late Tuesday evening.

The journal had previously rectified the data published in the same study on May 22.

Serious questions were raised about the data collated by the Chicago-based healthcare data analytics firm Surgisphere following a mismatch identified between the study data and publicly available statistics.

The British medical journal recognised the concerns and said, "Important scientific questions have been raised about data reported in the paper. However, an independent audit of the provenance and validity of the data has been commissioned by the authors not affiliated with Surgisphere and is ongoing, with results expected very shortly. We will update this notice as soon as we have further information."

The study in question was conducted by researchers from Brigham and Women's Hospital Centre for Advanced Heart Disease in Boston. The same scholars, according to Lancet, are now leading an audit of the data secured from Surgisphere.

The study indicated that while HCQ had no positive effect on COVID-19 patients, administering it to them can increase their risk of death as was identified in the study group.

This was one of the largest retrospective observational studies that claimed to have analysed data from around 96,000 patients across six continents.

The WHO, basis this study, discontinued the use of HCQ in its global solidarity trials. However, the UN agency also clarified that it had found no evidence of any issues with the HCQ's trials and its suspension was solely cautious in nature, after the Lancet study.

Also Read: Coronavirus update: Why WHO put a pause on hydroxychloroquine trials

"There is no problem at all right now within the solidarity trial, there's no issue with the HCQ data. The Data Safety Monitoring Board will look at data while the trial is paused to see if there is any signal, we are just acting out of an abundance of caution based on recent results from other studies to ensure that we can continue safely with that arm of the trial," WHO Executive Director Dr. Michael Ryan told reporters last week.

The Indian Council of Medical Research (ICMR) has consistently supported the use of HCQs and has said that its studies have demonstrated positive effects of the anti-malaria drug as prophylaxis.

However, experts have voiced concerns over the lack of transparency and evaluation process in this matter.

"In many ways, the harm has already been done, no high-quality trials of hydroxychloroquine for COVID-19 have yet been reported, and some may now be unable to recruit sufficient patients to arrive at an answer," said Prof. Babak Javid, Principal Investigator, Tsinghua University School of Medicine, Beijing, and Consultant in Infectious Diseases at Cambridge University Hospitals, said.

Meanwhile, some experts have also sought oversight in the audit process.

"It is clearly vital that the audit of the Surgisphere data is truly independent and the auditors should be approved by the relevant journals and possibly also the FDA. There are definite doubts about the integrity of The Lancet paper. In retrospect many readers and decision makers may well have placed too much reliance on this paper," Prof. Stephen Evans, Professor of Pharmacoepidemiology, the London School of Hygiene and Tropical Medicine, said in a statement.

Also Read: Hydroxycloroquine can be given under supervision, side effects can be tackled: Indian-American doctor