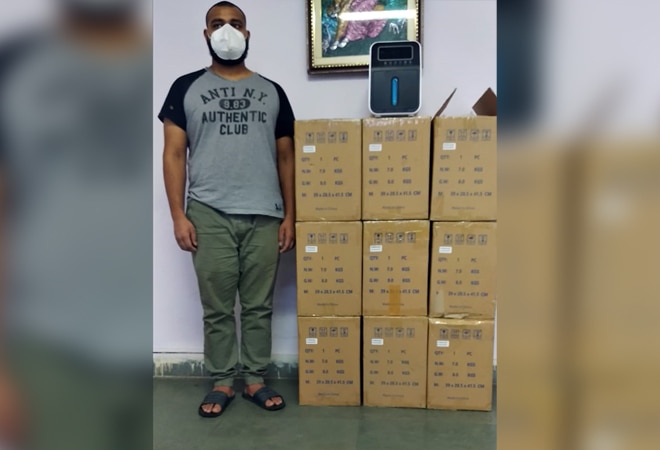 The police recovered 2,000 pulse oximeters from another accused.

During the investigation, it was revealed that the 24-year old accused, a resident of Palam Vihar in Dwarka, has done automobile engineering and was working from home for a company in Gurugram. His family is in the business of supplying medical kit and equipment. He procured 10 oxygen concentrators for Rs 28,000 each and was selling it for over Rs 70,000 each.

Also read: Covid-19 vaccinations to triple; 14 crore doses to be produced in a month by July

The police also conducted a raid at a store of his associate, Mohammad Danish, in Chandni Chowk and recovered 2,000 pulse oximeters. The 31-year old procured the oximeters at Rs 325 each and was selling them at exorbitant rates, as per the police.

The ongoing second wave of COVID-19 pandemic in Delhi has led to shortage of medicines and other equipment, which are being black marketed at exorbitant rates. The Delhi Police has been keeping a watch on black marketing and hoarding of essential medical supplies and has been taking action based on intelligence, leading to arrest of many persons.

On Wednesday, the national capital reported 13,287 new coronavirus cases and 300 more fatalities, while the positivity rate came down to 17 per cent, the lowest in nearly a month, according to the health department.