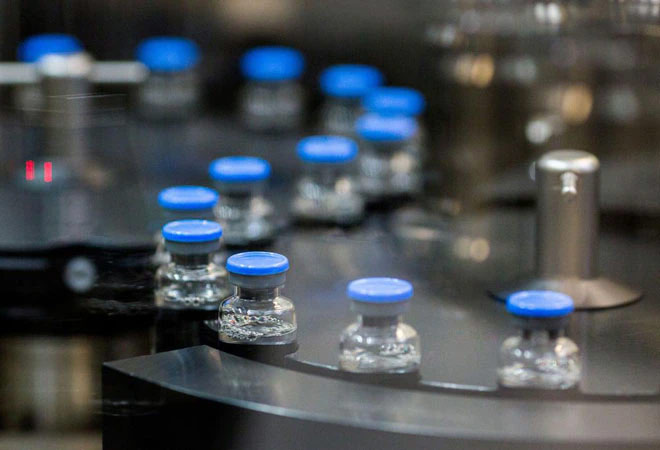 The manufacturers of Remdesivir have volunteered to reduce its price to less than Rs 3,500 by the end of this week.

In view of the rising COVID-19 cases in the country and shortage of Remdesivir, the Centre has approved plan to step up production of the anti-viral drug used in treatment of infection and to reduce its price.

Minister of State for Chemicals and Fertilisers Mansukh Mandaviya held meetings with existing drug manufacturers and other stakeholders on April 12 and 13 in which decisions were taken to increase production/supply and reduce prices of Remdesivir, a release said.

Besides, it said the manufacturers of Remdesivir have volunteered to reduce its price to less than Rs 3,500 by the end of this week. Last month, Zydus had reduced the price of Remdac, its brand of Remdesivir, to Rs 899 for a 100 mg lyophilised injection from Rs 2,800 at the time of its launch in August last year.

The World Health Organization (WHO) has said that there is still no evidence to indicate that Remdesivir is beneficial in treating hospitalised coronavirus patients, but the drug has been in high demand across the country amidst a second wave of pandemic. Shortage of the drug and long queues to buy Remdesivir have been reported from across the country.

The Health Ministry has urged hospitals to use the drug judiciously and rationally. It said Remdesivir should be supplied only to hospitals and not to chemists or patients, and the drug must be given only to hospitalised patients who are low on oxygen. It has recommended the use of Remdesivir in patients in moderate stages of illness in its 'Clinical Management Protocols for COVID-19'.

Considering the demand for the drug, the government has banned export of Remdesivir injection and active pharmaceutical ingredients (API) used for making the medication till the surge in COVID-19 cases subsides.

"On government intervention, Remdesivir supplies of approximately 4 lakh vials meant for export is being diverted by manufacturers to fulfil domestic requirement. Export Oriented Units/Special Economic Zone (EOU/SEZ) units are also being enabled to supply to the domestic market," the release said.

The manufacturers of Remdesivir have been directed to give priority to fulfil hospital/institutional level supplies, it said. Currently, seven Indian companies are producing Remdesivir injections under voluntary licensing agreement with US-based Gilead Sciences.

Enforcement authorities of states and Central government have been directed by the Drugs Controller General of India (DCGI) to take immediate action on incidence of black-marketing, hoarding and overcharging of Remdesivir. Moreover, the National Pharmaceutical Pricing Authority(NPPA) is continuously monitoring the availability of Remdesivir, it added.

Meanwhile, the rise in COVID-19 cases continues unabated, with the country reporting 1,84,372 new cases in the preceding 24 hours as of Wednesday morning.

Sputnik V to be $300 million boost to Dr Reddy's