Cyclone Fani: More than 220 trains on the Kolkata-Chennai route have been cancelled till Saturday, out of which 140 are mail or express trains and 83 are passenger trains. 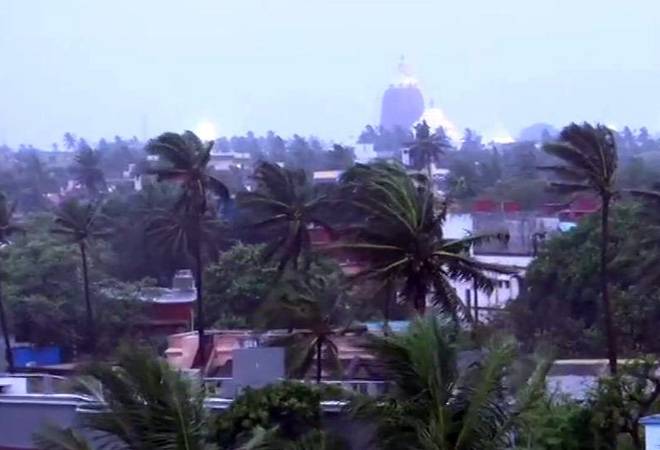 Cyclone Fani, categorised as "extremely severe" has made landfall in the coastal state of Odisha. IMD officials have said that the wind speed is 175kmph and could touch 275kmph making it a category 4 storm. Day-to-day life of the people has been severely affected.  According to All India Radio News, more than 11 lakh 54 thousand people have been evacuated in Odisha so far.

From power cuts and evacuation to shutdown of airports and railway stations, Cyclone Fani is wreaking havoc in an unprecedented manner.

However, the national transporter said that it would fully refund passengers for the cancelled or diverted trains if tickets were produced within three days for cancellation from the scheduled date of journey.

The Central Railways said that it would run a special train from Visakhapatnam to Mumbai as per the timings and stoppages of the Konark Express to move stranded passengers.

The Railways has also cancelled a few trains which were to run on Friday, including the Bhubaneswar-New Delhi Rajdhani Express and the Puri-New Delhi Nandan Kanan Express.

The Directorate General of Civil Aviation (DGCA) has announced that flights going in and out of Bhubaneswar airport have been cancelled on Friday, impacting domestic travels. In an advisory on Thursday evening, the DGCA said that no flight would depart or arrive at the Kolkata airport between 9.30pm on Friday and 6pm on Saturday. It also added that resuming of services would be done only after air-traffic control issues a clearance. It is likely that the Kolkata airport will remain shut for around 21 hours.

IndiGo and GoAir have also cancelled flights. IndiGo has cancelled flights to and from Visakhapatnam. GoAir said it was waiving cancellation fee for Bhubaneswar, Kolkata and Ranchi flights for travel between May 2 and May 5. Vistara, too has waived off cancellation fee for flights that will depart or arrive from Kolkata and Bhubaneswar between May 2 and May 5.

Also read: Cyclone Fani: Over 12 lakh people to be evacuated from 15 districts as storm set to hit Odisha

Also read: Cyclone Fani: Here are the emergency helpline numbers you may need

Cyclone Fani: Here are the emergency helpline numbers you may need