Delhi Election Exit Polls: As things stand, all exits polls have predicted a clean sweep by AAP in Delhi, whereas BJP is expected to remain a distant second 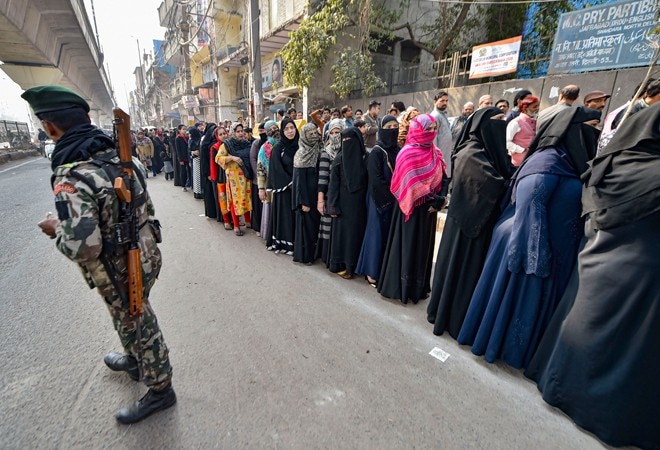 2020 Delhi Election Exit Polls: Most of the exit polls for 2020 Delhi Assembly elections have predicted a landslide victory for Arvind Kejriwal's Aam Aadmi Party (AAP). However, Bharatiya Janata Party (BJP) has not abandoned hope and expects to form the next government in the national capital after results for Delhi polls are declared on February 11.

As things stand, all exits polls have predicted a clean sweep by AAP in Delhi, whereas BJP is expected to remain a distant second. India Today-Axis My India exit poll has given 59-68 seats to AAP and predicted BJP to emerge victorious on 2-11 seats. The survey saw Congress drawing a blank once again.

The Republic-Jan Ki Baat exit poll predicted that Arvind Kejriwal's AAP may retain power in Delhi. AAP is predicted to win 48-61 seats, whereas the BJP would manage 9-21 seats. The Congress is likely to win 0-1 seats.

According to the Times Now-IPSOS, the AAP is predicted to bag 44 Assembly seats in Delhi. The exit poll projects BJP winning 26 seats, and the Congress winning none. ABP-C Voter exit poll also predicts AAP coming to power with a definite majority. The survey predicts AAP winning 51-65 seats, whereas BJP is likely to get 3-17 seats. Congress will be limited to 0-3 seats.

The TV9 Bharatvarsh-Cicero exit poll predicts AAP winning 54 seats in 2020 Delhi Assembly elections. According to the survey, BJP is likely to win only 15 seats, whereas Congress might win one seat. The exit poll put out by Neta-NewsX said the AAP may win 53-57 seats and the BJP 11-17.

Meanwhile, Delhi BJP chief Manoj Tiwari put up a brave face amid prediction of defeat for his party, claiming it will win 48 seats and form a government in the city.