Delhi pollution: Air quality index was recorded 517 in ITI Shahdra, Delhi, while it went up to 602 in Knowledge Park-III in Greater Noida, on Monday morning; the national capital had a sigh a relief last week after pollution level dipped significantly following favourable wind direction and the Delhi government's implementation of the odd-even scheme 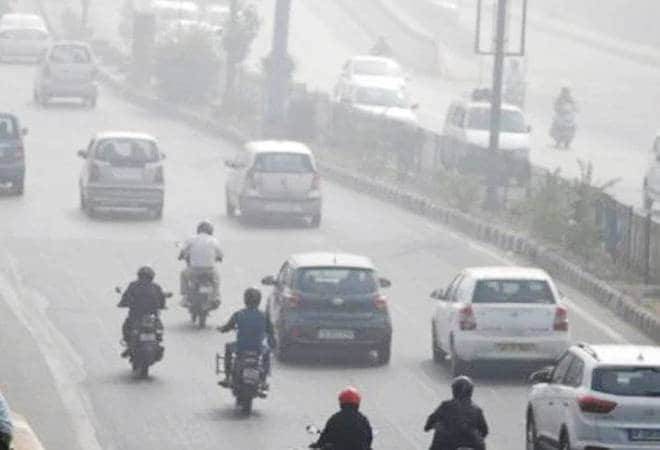 Delhi pollution: SAFAR in its bulletin said the stubble fire contribution was very low in the past few days

Delhi pollution level today: After a brief relief, pollution has again made a come back in Delhi-NCR, with air quality index touching the  'severe' levels at several places. Experts cite two-day relaxation given by the Delhi government in wake of the 550th birth anniversary of Guru Nanak Dev in Delhi as a major reason for a spike in pollution. As per the government's air quality monitoring and forecasting service SAFAR, major pollutants, including 2.5 at 342, are in 'very poor' category in Delhi. AQI (air quality index) was recorded 517 in ITI Shahdra, Delhi, while it went up to 602 in Knowledge Park-III in Greater Noida. The national capital had a sigh of relief last week after pollution level dipped following favourable wind direction and the Delhi government's implementation of the odd-even scheme. However, SAFAR experts say the situation could deteriorate again as with the winter setting in, a dip in the minimum temperature makes the air cold and heavy leading to accumulation of pollutants close to the ground.

The Supreme Court had on November 6 ordered the Centre to prepare a comprehensive scheme, in consultation with the states, within three months to wean small and marginal farmers away from stubble burning, which has been identified as a major source of air pollution choking the national capital.

Acting on a slew of directions from the apex court, implementing agencies in Delhi have taken "major action" at 13 pollution hot spots in the city, including closing 23 polluting industrial units, over the last three days, officials said on Sunday. Municipal corporations in the national capital have lifted 400 metric tonnes of construction and demolition waste and 1,200 metric tonnes of garbage during the period, they said.