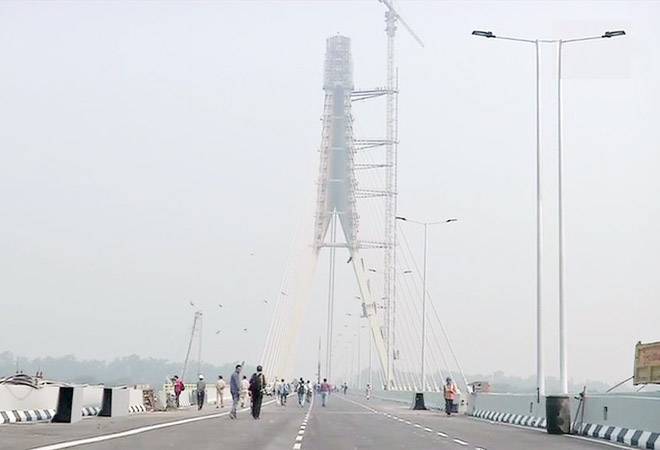 After a 14-year long wait, Delhi's Signature Bridge will be open for public from Monday next week. The bridge is being built on the Yamuna near Wazirabad and will cut down travel time between north and north-eastern parts of the national capital. Delhi Chief Minister Arvind Kejriwal will inaugurate the bridge on Sunday, and it will open for the general public on Monday.

After inspecting the bridge, Delhi Deputy Chief Minister Manish Sisodia said that the Signature Bridge will be turned into a tourist spot within two to three months during the second phase of development.

The bridge measures 575 metres in length and will have selfie spots for people to click selfies. While being a tourist spot, the Signature Bridge will also share the burden of traffic with the Wazirabad Bridge.

The Signature Bridge was proposed back in 2004 as the first asymmetrical cable-stayed bridge in the nation. Back then, it had an estimated cost of Rs 494 crore. The projected cost was hiked to Rs 1,131 crore in 2010 when New Delhi hosted the Commomwealth Games. The project was delayed even further and its estimated cost grew to Rs 1,594 crore.