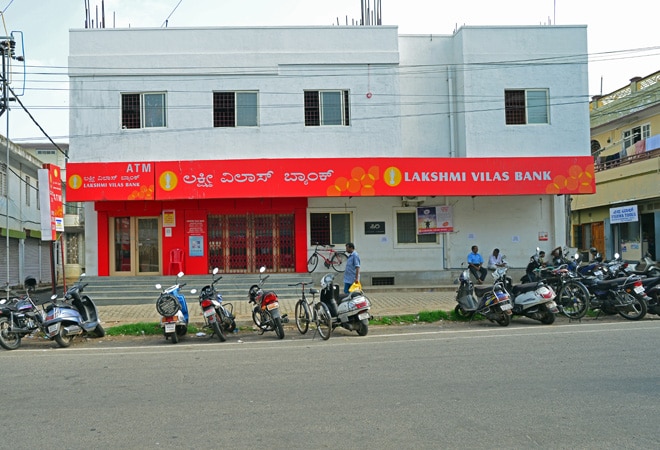 The fate of some 98,000 shareholders now hangs in balance as the entire net worth of the bank is eroded

The error occurred because this equity stake does not appear in the bank's shareholding pattern dated September 30, 2020, since the stake had fallen below 1 per cent-the statutory limit to disclose holdings.

The article carried by Business Today was based on regulatory filings and was not in any way intended to harm the reputation of Jupiter Capital or Rajeev Chandrasekhar. We apologise for any erroneous impression of "cashing out" that may have been created by the story.

In the midst of an ongoing turmoil at the beleaguered Lakshmi Vilas Bank, Rajeev Chandrasekhar's Jupiter Capital exited -- or reduced its shareholding below 1 per cent -- some time between June and September, 2020. Just in time before an RBI-mandated moratorium and amalgamation with DBS Bank India wiped out all shareholders' equity in the bank. Jupiter Capital is 97.5 per cent owned by Rajya Sabha MP Rajeev Chandrasekhar. He did not respond to BusinessToday.In queries. Jupiter Capital CEO Sudhakar Gande initially said he was in a board meeting but didn't respond for 24-hours thereafter.

Chandrasekhar may have been smart, pre-empting the crash as he noticed the bank going through enormous turmoil, including forced exit of CEO Sunil Gurbaxani and two failed attempts at merger/acquisition by Indiabulls and Clix Capital. After all, his business instincts have taken Jupiter Capital's initial capital of $100 million to a portfolio now estimated at over $1 billion.

But unlike him there was no time or warning for other investors to sell their shareholding. RBI announced a 30-day moratorium on the bank which has already been under RBI's prompt corrective action since September, 2019. Following that, it announced LVB's amalgamation with Singapore-based DBS's India subsidiary DBS Bank India. Nearly 98,000 shareholders' equity capital worth Rs 338 crore will be brought to naught before the amalgamation. Following the announcement, LVB stock hit the lower circuit with a 20 per cent fall to Rs 12.40 per share and another 20 per cent the next day to Rs 10 -- a far cry from its peak of Rs 209.8 on 6 July, 2017. Market capitalisation has crashed from Rs 39,867 crore at peak to under Rs 400 crore.

While LVB's shareholding pattern as on 30 June, 2020 shows Jupiter Capital as 1.08 per cent equity holder in the company with 36.25 lakh shares, in shareholding details of 30 September, 2020 Jupiter is not among LVB's shareholders with at least 1 per cent equity. Companies are only required to report shareholders with equity stake of 1 per cent or more to the stock exchanges. It isn't clear whether Chandrasekhar has cashed out fully or his equity in LVB via Jupiter Capital has fallen below 1 per cent, as Jupiter did not respond to BusinessToday.In queries.

But by the time RBI intervened in LVB, the Rs 2,200 crore bank was losing nearly Rs 400 crore a quarter, its NPAs were touching 26 per cent and capital adequacy ratio had slipped into the negative territory indicating it didn't have enough capital to run day to day operations.

The fate of some 98,000 shareholders now hangs in balance as the entire net worth of the bank is eroded. Existing shareholders won't get anything under the current merger proposal with DBS Bank. RBI's draft scheme clearly mentions that paid up capital and reserves and surpluses including balances in the shares and securities premium account of the LVB shall stand written off. Since it is still a draft scheme and merger is yet to be finalised, shareholders still hope against hope. But their chances are grim.

Jupiter Capital, the financial services firm of Rajeev Chandrasekhar, has investments in media & entertainment, technology  and real estate & infrastructure and wellness & hospitality. The investments in an old private sector bank were part of its portfolio investments in listed stocks. While Chandrasekhar owns 97.5 per cent of the firm, 2.5 per cent is owned by Kunje Venkatarame Gowda.

As per BSE records , Chandrasekhar's Jupiter Capital entered LVB in the second half of 2014 when the stock price of Lakshmi Vilas Bank was around Rs 70 per share. Jupiter acquired some 30 lakh shares for 1.7 per cent stake. In the next 4-5 years, his company acquired more shares and the holding even moved up to 2.23 per cent in 2015. The bank's stock was at an all time high of Rs 209.8 in 2017. Though Jupiter reduced its stake at that time, it didn't exit fully. The stock price was around Rs 20 in the last six months.

Unlike new generation private banks like ICICI and HDFC Bank, LVB is a previous generation private sector bank founded way back in 1926. LVB  was started by seven founders from Karur under the leadership of VSN Ramalinga Chettiar. Predominantly a south-focused bank with branches concentrated in the states of Tamil Nadu, Andhra Pradesh and Karnataka, LVB built a retail portfolio of loans to individuals and small businesses. Despite its long history, the bank remained small with total balance sheet size of Rs 24,421 crore whereas the HDFC Bank and ICICI Bank built a balance sheet of Rs 15.30 lakh crore and Rs 10.98 lakh crore, respectively. Even though competition was gradually knocking at its door with micro finance institutions, small finance banks, and expansion by new private banks, LVB's downfall was of its own making. The bank took bets in wholesale banking in sectors like infrastructure, power, iron & steel and textile, among others. The problem of bad loans started from 2017-18. NPAs jumped from 2.67 per cent of total advances in March 2017 to 9.98 per cent in March 2018, 15.30 per cent in 2019 and 25.39 per cent in March 2020. Today, more than one-fourth of its loan book has gone bad. Clearly, there were governance issues which eventually led to the fall of the bank.

LVB's other influential shareholders who still figure in the shareholders' list include Sameer Gehlaut, through Indiabulls Housing Finance with 4.99 per cent. In fact, Gehlaut's housing finance company did make an attempt earlier to merge with the struggling bank, but the RBI  was not very keen.

Hemant and Sunil Kanoria's SREI Infrastructure Finance holds 3.99 per cent, while Nimesh Kampani through JM Financial Services holds 3.38 per cent stake in the bank. Domestic investors held 34 per cent in the bank based on the shareholding pattern of June 2020. These investors were possibly banking on a market-price merger with another bank or NBFC.

In fact, the RBI too was keen to bring in a new promoter in the bank. But then none thought their worst fears will come true.

EPFO refutes reports of slump in number of subscribers in October