The government had ordered a safeguard duty probe on surging solar cell imports with a view to protect domestic manufacturers. 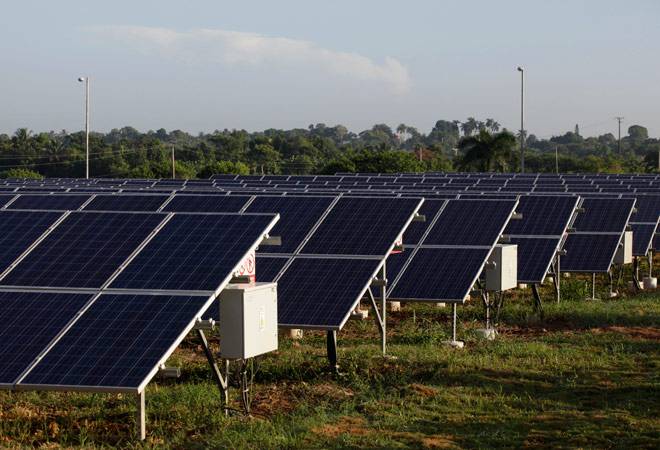 Late last month, the government had ordered a safeguard duty probe on surging solar cell imports with a view to protect domestic manufacturers. But today, the All India Solar Industries Association (AISIA), the industry body of domestic solar manufacturers, has come out strongly against the imposition of any such blanket import duty, claiming that it will hurt manufacturers operating from special economic zones (SEZs).

"SEZ units are treated on par with foreign manufacturers and hence any safeguard duty will be detrimental to the domestic solar industry as a whole," said AISIA general secretary Gyanesh Chaudhary in a statement. Ironically, the probe was ordered after the domestic industry approached the Directorate General of Safeguards last month. A complaint had been filed by the Indian Solar Manufacturer's Association (ISMA) on behalf of five Indian producers-Mundra Solar PV, Indosolar, Jupiter Solar Power, Websol Energy Systems and Helios Photo Voltaic-alleging that their market share has remained stagnant despite rapid expansion in demand for solar cells in the country.

Under the World Trade Organization framework, a member country can impose a Safeguard Duty for a certain time-frame if the quantity of imports surpasses domestic production thus damaging the domestic industry.

Imports of solar cells-primarily from China, Malaysia, Singapore and Taiwan-increased from 1,275 mw in 2014-15 to 9,331 mw in the last fiscal. On the other hand, domestic production stood at 246 mw in FY15 and is likely to increase to 1,164 mw in the current financial year. The market share of domestic players has steadily diminished in the same period-from 13% to an estimated 7%. In light of the above, ISMA had asked for safeguard duty on "solar cells whether or not assembled in modules or panels" immediately for four years.

AISIA has countered that 60% of the country's currently-installed solar capacity are in SEZs. Furthermore, SEZs account for about 45% of the 8,300 mw of solar module manufacturing facilities. "Hence, the indigenous manufactures situated in SEZ will come under the ambit of any blanket duty that will be imposed on solar cells and modules, which will make them uncompetitive," said Chaudhary.

This, incidentally, is just the sort of protectionism that the US has long been accusing India of. In 2013, Washington complained to the WTO that India's solar program was discriminatory and that US solar exports to India had fallen by 90% since 2011.

In 2016, the WTO had found India guilty of violating trade rules by requiring solar power developers to use Indian-made cells and modules. The panel also struck down incentive policies such as subsidies provided for domestic solar companies. But, last month, the US triggered a new round of litigation at the WTO, arguing that India had failed to abide by the above ruling.

In a statement published by the WTO yesterday, India has countered it has changed its rules to conform with the ruling and that the US claim for punitive trade sanctions are groundless. The Indian statement added that Washington had skipped legal steps, failed to follow the correct WTO procedure, and omitted to mention any specific level of trade sanctions that it proposed to level on India, leaving India "severely prejudiced".

In any case, such allegations do not bode well for the solar power sector. According to Quartz India, against the National Solar Mission's yearly target of 15,000 MW for 2017-2018, India commissioned just over 3,000 MW of solar power as of December 2017. That makes the government's target of 100 gw solar capacity by 2022 a bit of a joke, unless things change significantly on the ground.