Worryingly, 79.10 per cent of India's Covid-19 cases are coming from states that contribute maximum to its economy

The tables have turned in just over a month since February. Daily Covid-19 cases have surged from 8,635 to 2.15 lakh, forcing economically powerful states like Maharashtra, Delhi, Tamil Nadu, Uttar Pradesh and Karnataka to resort to weekend lockdowns and other restrictions. These curbs cast a dark shadow over India's ongoing economic revival. In March, 2021, Manufacturing PMI hit a 7-month low of 55.4. Net foreign portfolio investments in Indian equities have also started slowing. It slowed in March to Rs 10,952 crore compared to February when it had risen to Rs 25,787 crore. Another macro indicator, automobile sales, has also shown signs of weakness. Passenger vehicles sales are yet to reach the pre-pandemic level. Meanwhile, consumer inflation rose sharply in March at 5.5 per cent, which is nearing Reserve Bank of India's (RBI) comfort zone of 6 per cent. In fact, consumer inflation in urban areas is already at 6.52 per cent. 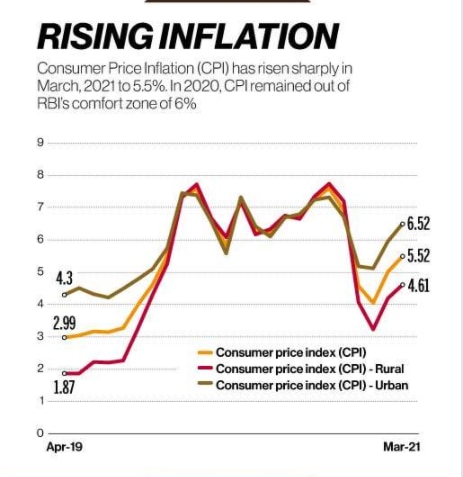 Covid's impact on government revenue in FY21 was devastating. Government revenue declined by 54 per cent, and expenditure went up 19.4 per cent during the fiscal. Some of these figures risk taking a bigger dent if the Covid situation doesn't abate and states impose greater restrictions on economic activity. 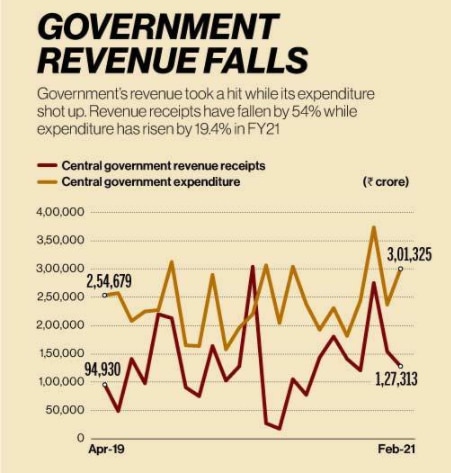 Maharashtra was the first state to go ahead with curfew-like restrictions on the movement of people between April 14 and May 1. It has imposed Section 144 till May and only essential services have been allowed. Industries have been asked to run at 50 per cent capacity and the movement of staff outside the premises is not allowed. All commercial places like restaurants, theatres, bars will also remain closed.

Similarly, Delhi, which is now worse hit than Mumbai, has announced fresh curbs, including a weekend curfew, to combat COVID-19. Shopping malls, auditoriums, gyms, spas, bars and dine-in services at restaurants remain closed till April 30. Besides, the state has imposed a night curfew to curb people's movement. UP, Tamil Nadu, Rajasthan, Karnataka, and others have also come up with their versions of mini-lockdowns.