A rundown of economic acheivements and shortcomings of the Narendra Modi government during the latter half of financial year 2016-17. 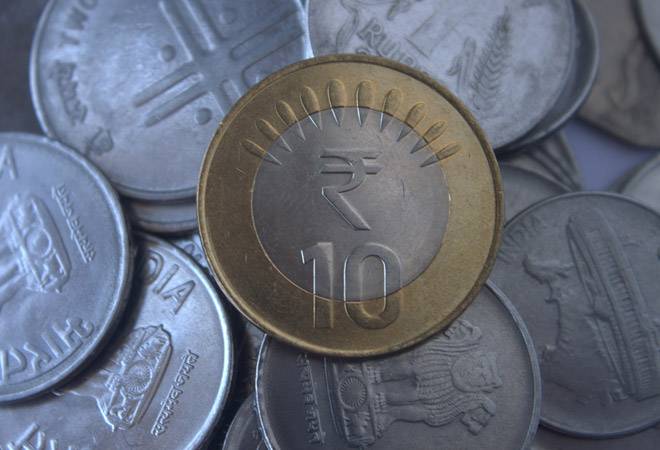 The second volume of Economic Survey for the financial year 2016-17 tabled before the Parliament today, proved to be a mixed bag. Arvind Subramanian, chief economic advisor to Prime Minister Narendra Modi, presented the document.

The Survey talks of a 'rekindled optimism on structural reforms in Indian economy'. Meanwhile, it also points out that Asia's third-largest economy might not attain grow at its full potential, because of the disruptions caused by these radical reforms

The Economic Survey talks of a lot of things - from unprecedented decline in inflation figures to contracting service and manufacturing sectors, Reserve Bank of India being the only central bank to slash interest rates across Asia, as well as difficulties in job creation.

Here are the key takeaways from the latest Economic Survey:

With Indian economy still reeling under disruptive effects of demonetisation, and trying to cope up with the ambiguous provisions of Goods and Services Tax, these speculations seem to stand true.

The Survey named Goods and Services Tax (GST) as the most significant economic reform put into practice during the financial year 2016-17. From July 1, 2017, this new tax regime unified an assortment of Central and State level indirect taxes, making unification of Indian markets possible.

The only one to cut rates

The Reserve Bank of India cut its policy rate by 50 basis points during 2016-17, the only central bank to do so recently in Asia. However, it shifted its monetary policy stance from accommodative to neutral in February 2017, the Survey noted. After decrease in interest rates put into effect last week, repo rate now stands at 6.00 per cent and reverse repo rate at 5.75 per cent.

This move is expected to bring down interest rates on loans extended by banks to customers. In other words, interest rates charged on home loans, car loans, etc will come down. The government even urged the commercial banks to pass on rate cut benefits to the masses by cutting their loan rates.

The asset quality of banks has taken a hit on account of slow growth and increasing indebtedness seen in some economic sectors, which has led to increase in number of NPAs. The gross non-performing advances (GNPAs) ratio of state controlled banks (SCB) rose from 9.2 per cent in September 2016 to 9.5 per cent in March 2017, the Economic Survey said.

Finance Minister Arun Jaitley had stated that resolution of bad loans will start soon, with RBI taking up more cases.

CPI inflation came down to a series low of 1.5 percent in June 2017, on account of broad based decline in all commodity groups during 2016-17, the most significant being decline in food, the Survey said. Food inflation, which was the main driver of inflation in the past, decreased substantially during 2016-17 due to rise in supply of pulses and vegetables fuelled by a normal monsoon. Core inflation-indicative of underlying trends too declined in the last few months.

Government introduced imposition of Minimum Import Price (MIP) to check dumping of steel into Indian markets, and it seems to have worked. "Steps taken by the government have borne fruit since imports of Steel by India have declined by 36.2 percent while exports have risen by 102 percent in 2016-17," read the Economic Survey.

Services sector in India, which stood strong even during the global financial crisis, has shown moderation recently.  The services growth moderation is mainly due to deceleration in growth in two services categories- trade, hotels, transport, communication and services related to broadcasting (7.8 per cent), and financial, real estate and professional services (5.7 per cent), the Survey said.

It further added, the share of services sector in total gross capital formation (GCF), at current prices has increased consistently over the last four years from 53.3 per cent in 2011-12 to 60.3 per cent in 2015-16.

ALSO READ: Now, your PF account will be transferred automatically if you change your job

There is regional disparity in the distribution of agricultural credit which also needs to be addressed. The key challenges that the horticulture sector faces in India are post-harvest losses, availability of quality planting material, and lack of market access for horticultural produce of small farmers.

Employment in India poses a great challenge in terms of its structure which is dominated by informal, unorganized and seasonal workers, said the Survey. Job scenario in India is characterised by high levels of under employment, skill shortages, with the labour markets impacted by rigid labour laws, and the emergence of contract labour.