Facebook undertook four separate takedowns each of which were separate and distinct. It said that they took down the "Pages, Groups and accounts for violating Facebook's policies on coordinated inauthentic behaviour or spam 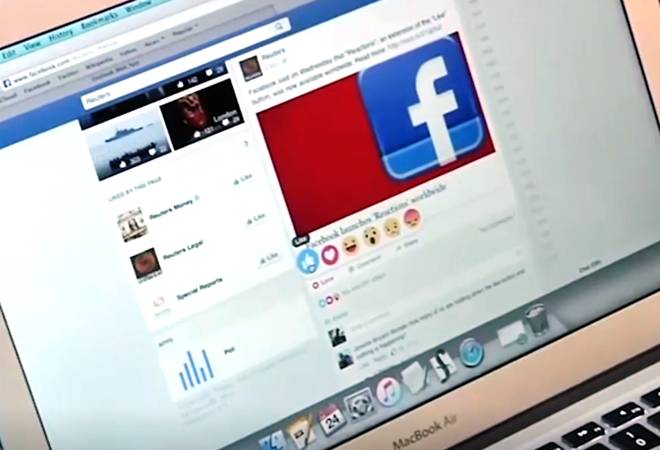 The first phase of great India election festival will kick-off from April 11 and the news of foreign and domestic intervention to influence the democratic process in India has already started trickling in. Facebook has not only removed hundreds of pages, groups and accounts that were linked to Pakistan's military's public relation arm, Inter-Service Public Relations (ISPR), but has also removed nearly 700 pages and accounts linked to individuals associated with the Congress' IT Cell that were created to meddle with the Indian elections.

Facebook in its release said that it undertook four separate takedowns each of which were separate and distinct. It said that they took down the "Pages, Groups and accounts for violating Facebook's policies on coordinated inauthentic behaviour or spam." Facebook highlighted that it did not find any link between the campaign that was being run from Pakistan and the ones associated with an IT Cell of the Indian National Congress (INC).

Coordinated inauthentic behaviour is when groups of pages and people work together to mislead others about who they are or what they are doing. Facebook was able to take down these networks because of their deceptive behaviour.

Facebook's head of cybersecurity, Nathaniel Gleicher said, "We might take down a network for making it look like it's being run from one part of the world when in fact it is being run from another."

Facebook removed 687 pages and accounts linked to India's main opposition Congress party which was found to be engaging in "coordinated inauthentic behaviour" on its social media platform. Gleicher said they later reached out to the Congress and explained to them that the behaviour violates social network's policies.

Congress' IT Cell created fake accounts and joined various Groups to disseminate their content and increase engagement on their own Pages. The Page administrators and account owners posted about local news and political issues, including topics like the upcoming elections, candidate views, the INC and criticism of political opponents including the Bharatiya Janata Party (BJP).

This is to clarify no official pages run by INC have been taken down. Additionally, all pages run by our verified volunteers are also unaffected.

In the mean time, we are awaiting a response from Facebook to provide us a list of all pages/accounts that they have taken down.

Meanwhile, Facebook also took down 103 pages, Groups and accounts for violating its policies on Facebook and Instagram as part of a network that sprang up in Pakistan.

Facebook cracked down on a BJP leaning page, The India Eye, run by an Ahmedabad based firm Silver Touch. The Social media giant removed 15 Facebook Pages, Groups and accounts related to the company.

Separately, Facebook said that it removed 227 Pages and 94 accounts for violating its policies against misrepresentation. "The people behind this behaviour create Pages using fake accounts or multiple accounts with the same names. They post click bait posts on these Pages to drive people to websites that are entirely separate from Facebook and seem legitimate, but are actually ad farms. The people behind the activity also post the same click bait posts in dozens of Facebook Groups, often hundreds of times in a short period, to drum up traffic for their websites. And they often use their fake accounts to generate fake likes and shares", Facebook said.

Here are 7 income tax, GST changes that you should know about in the new financial year