While social media users argued on whether to trust Saffola, one of the honey brands that passed the NMR test, the company assured that all its batches undergo this stringent test 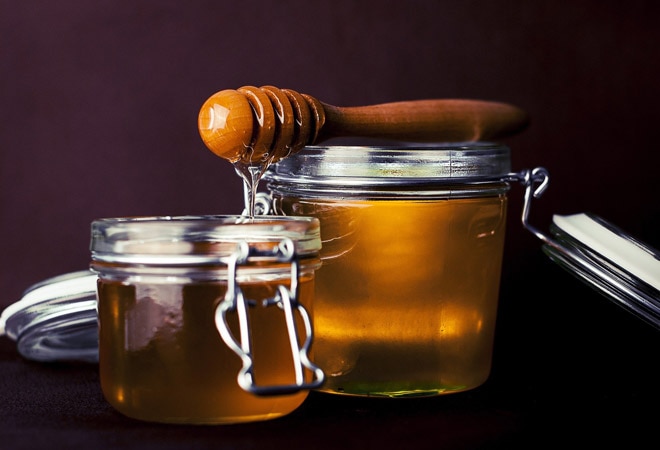 A new twist emerged in the honey adulteration fiasco after social media posts claimed that Saffola - one of the brands that passed the stringent NMR test - sources its honey from Apis, which failed the same purity test. Shortly after, posts emerged that such claims were claims and Saffola doesn't source its honey from Apis.

A recent report by Centre for Science and Environment (CSE) showed that only three honey brands - Saffola, MarkfedSohna and Nature's Nectar - out of 13 passed the stringent NMR test for testing the purity of their product. It claimed that household names including Dabur, Patanjali, Baidyanath, Zandu, Hitkari and Apis were adulterating their honey with a modified sugar imported from China, which can bypass domestic standard tests.

Notably, NMR test has been made mandatory for honey being exported to other countries, but not for sale in India.

With #SaffolaFraud trending on Twitter, users were divided on whether to believe the brand or not.

It all began with a Twitter post that stated: "SHOCKING to see a brand like Saffola fooling their customers here is a video where you can clearly see that Saffola takes its honey, from APIS. APIS honey has failed the NMR test then how come @SaffolaHoney has passed the test? This should be brought to light. #SaffolaFraud"

SHOCKING to see a brand like Saffola fooling their customers here is a video where you can clearly see that Saffola takes its honey, from APIS. APIS honey has failed the NMR test then how come @SaffolaHoney has passed the test? This should be brought to light. #SaffolaFraudpic.twitter.com/YgtHGKgUDe

This led to questions as to how Saffola passed the purity test when its source Apis India couldn't pass muster.

it's a way better sweetener to sugar that boosts health

but only if it's pure.

We need investigation in how same sourced honey, one can pass and one can fail. #SaffolaFraudpic.twitter.com/1UX3xJmGOo

Really SHOCKING to see a brand like Saffola fooling their customers here is a video where you can clearly see that Saffola takes its honey, from APIS. @SaffolaHoney has passed the test? #SaffolaFraudhttps://t.co/KtNllSlUrj

However, some users countered these claims with packaging details available online that showed that Saffola Honey was manufactured and packed by Kejriwal Bee Care India. BusinessToday.In found that the details on online channels selling Saffola Honey - the official Saffola online store, BigBasket, Grofers and Amazon - had this same company as the source.

#SaffolaFraud
Dabur and Patanjali bots are trending it. Saffola honey is manufactured by kejriwal bee care not Apis India. The video is fraud. The correct information is attached here. pic.twitter.com/bp5zeDozak

#SaffolaFraud
To all those spreading that video.
You can check yourself from amazon.
As you can see it's KEJRIWAL BEE NOT APIS.

It probably seems to be a trick by Patanjali and Dabur. pic.twitter.com/lA1ZYNY2W5

Saffola assured that every batch of its honey is independently tested for purity, irrespective of where it is packaged. "Saffola guarantees 100 per cent purity of its honey irrespective of the packaging location. Every batch of Saffola Honey is tested using NMR (Nuclear Magnetic Resonance) technology, which is one of the most advanced tests in the world, in the best in class international laboratories to ensure that it is 100 per cent pure, free from added sugars and free from any form of adulteration," a Saffola spokesperson told BusinessToday.In.

To further allay fears, the company added that buyers can check the "certificate of purity" for the bottle of Saffola Honey they have purchased by sending an image of its batch details to CSC@marico.com.

After ex US presidents, WHO Director agrees to take COVID-19 vaccine on camera