Chidambaram said farm bills do not contain a clause that final price a farmer will get from private purchaser should not be less than MSP; bills undermine only regulated market available to farmers without creating thousands of alternative markets, he adds 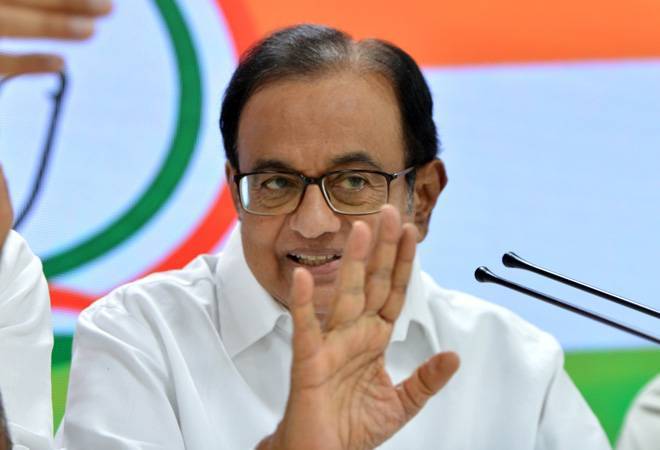 Chidambaram, who was the Chairman of Congress party's manifesto committee for the 2019 Lok Sabha polls, said the BJP, which is a party dominated by traders and merchants, exploited the economy afflicted by shortages of goods and services.

He said that situation changed with the Green Revolution ushered by the Congress that resulted in surpluses produce of wheat and rice. On the strength of farmers, the Congress built a food security system, paving way for the National Food Security Act, 2013, he added.

Accusing the BJP of distorting its 2019 Lok Sabha polls manifesto, Chidambaram said the Congress promised to promote farm producer firms to provide access to inputs, technology and markets, and establish modern farmers markets in large villages and small towns. But the BJP, he said, has surrendered to corporates.

Highlighting flaws in the farm bills, Chidambaram said they do not contain a clause that the final price a farmer will get from the private purchaser should not be less than the MSP. The bills undermine the only regulated market available to the farmers without creating thousands of alternative markets, he said.

The Congress leader said the bills assume perversely that farmer and private purchaser have equal bargaining power. "They do not. The small farmer will be at the mercy of the private purchaser," he said.

Also read:Agriculture-related bills 'anti-farmer', AAP to vote against them in Parliament, says Kejriwal

Chidambaram said the machinery under the bills is so bureaucratic and convoluted that in case of a dispute, no farmer will have strength or resources to fight the purchaser. "The small and medium farmers will be ruined," he said.

Chidambaram said the Congress and other opposition parties must join hands to oppose the bills and ensure they do not become law in the present form.

Kaur, the Union Minister of Food Processing Industries, was the only SAD representative in Modi government. These bills -- the Farmers (Empowerment and Protection) Agreement of Price Assurance and Farm Services Bill; the Farmers Produce Trade and Commerce (Promotion and Facilitation) Bill; and the Essential Commodities (Amendment) Bill -- have been touted as "anti-farmer" bills by opposition parties.