Farm laws have nothing to do with MSP; apprehensions baseless: Nirmala Sitharaman

Niramala Sitharaman says MSP has always been generously kept up, and government hashonoured it lot more, both in terms of procurement volumes and prices to farmers 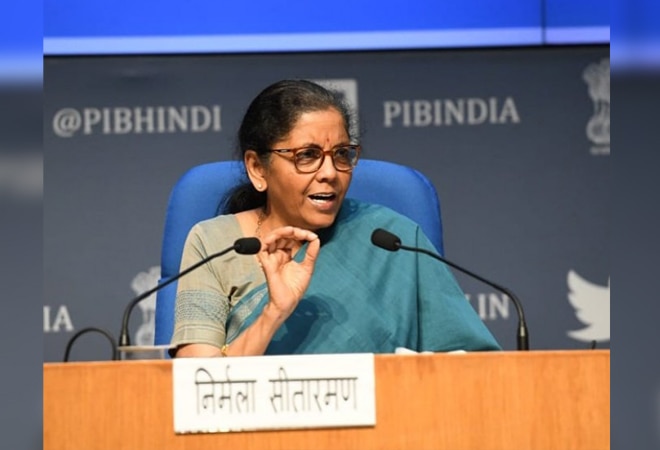 Union finance minister Nirmala Sitharaman has said the farm laws have nothing to do with Minimum Support Price and that doubts over the MSP with regard to these laws may not be with adequate basis. She said neither procurement has come down nor has it been restricted to just one crop (instead of 20-23 listed crops) under the Modi government. "If procurement is not happening or rates are not fixed regularly or are not announced early for the farmers to decide on sowing of seeds, then any apprehension with regard to MSP can be questioned," she said during an interview with India Today TV.

On the issue of MSP being the bone of contention between the government and farmers, she also said the Centre has tried to resolve issues at all levels. On crop diversification, she said though it is an important issue, it should not be seen in the context of the current farmers' protests. She said with new farm laws, the government has given an option to farmers to take their produce out of the mandis and, in case it's required, outside of the state. "When you give farmers an option to sell wherever he wants, to sell at whatever price he wants, the issue is unnecessarily being mixed up," she said.

On the charge against the government that it failed to hold enough consultations with regard to farm laws, Sitharaman said consultation and discussions around the bills have been happening since Atal Bihari Vajpayee government in 2000. Notably, around 50,000 farmers from different states have been camping at Delhi's Singhu, Tikri, Ghazipur and Chilla (Delhi-Noida) border points for nearly two weeks to demand a repeal of the farm laws enacted in September.

Talks between the government and protesting farmers remained unfruitful on December 9 after which the farm unions called on the December 14 protest. To put up pressure on the government to accept their demands, they have now threatened to block several highways including the Delhi-Jaipur highway. "I would urge and encourage all farmers protestings on the outskirts of Delhi to engage in talks and say what's worrying them about the bills," she said.

On reports that left and radical groups have hijacked the agitation, Sitahraman said despite intelligence reports received by the home ministry, the government was involved with farmers on talks at all the levels.

Should these protests be viewed in the context of the larger state of the economy? The FM said: "There is a larger issue of pandemic and the pandemic-related challenges in the economy. Lockdown, which prioritised on unlocking lives and then unlocking and post unlocking industry and everywhere where employment has to be restored. The government is not sitting and watching. The allocation of MGNREGA has crossed Rs 1 lakh crore. In Budget 2020, it was only 61,000 crores. For urban and semi-urban areas, through pension schemes and EPFOs, we have given a guarantee that if workers are taken back, who lost their jobs between March and September, the workers and employers contribution will be paid by the Centre till 2023. And this is for those who are earning Rs 15,000 and less." The PM's Garib Kalyan Schemes are driving the support the economy needs, she said.

Meanwhile, Prime Minister Narendra Modi, while inaugurating the 93rd annual general meeting of FICCI via video conferencing today, said the Agri reforms will break down the barriers in agriculture and allied sectors. He said the agriculture sector has become more vibrant after these laws were enacted in India. With the passing of these agri-marketing laws, farmers can sell produce anywhere, including online, he said.