Farmers' protest: Darshan Pal, farmer leader and Punjab President of the Krantikari Kisan Union said that they have not received any communication from the government 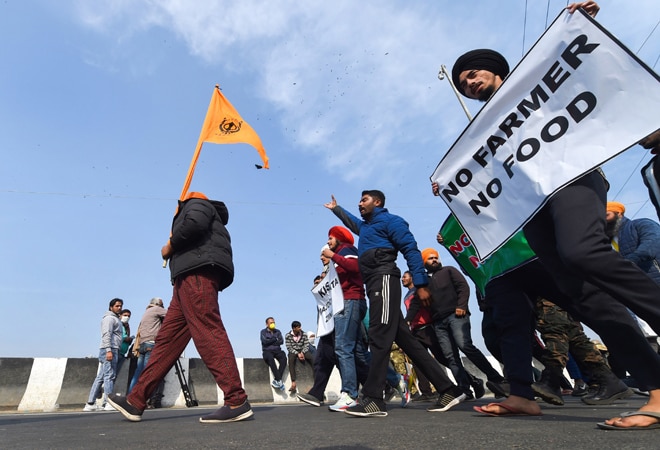 Farmers' protest continues for a month

Agitating farmers gave a call for a nationwide protest on January 1, New Year's Day, a day after sending a proposal to the government for talks. The farmers have urged the public to take a pledge to support their struggle and demand the repealing of the three farm laws. All India Kisan Sangharsh Coordination Committee, the protesting farmers' umbrella body has also planned rallies in Patna and Thanjavur on December 29 and in Manipur and Hyderabad on December 30.

Darshan Pal, farmer leader and Punjab President of the Krantikari Kisan Union said that they have not received any communication from the government. He said that they have already told the agriculture ministry whatever they had to say in their letter on Saturday. Pal said that they are waiting for a response but all their protest schedule will continue as planned, as mentioned in a report in Times of India.

On Saturday, a group of 40 farmer unions proposed December 29 as a date for talks. They said that the agenda for discussion would include specific points such as modalities to repeal the farm laws and a mechanism to ensure legal guarantee for MSP.

The unions have said that farmers must be outside the ambit of the penalty provisions on stubble burning in the new ordinance. They have also proposed certain changes in the Electricity Amendment Bill also to protect the interest of farmers.

Meanwhile, Delhi Chief Minister Arvind Kejriwal visited the Singhu border on Sunday along with Deputy CM Manish Sisodia. They joined the 'Safar-e-Shahadat' Kirtan Darbaar organised in the memory of the martyrdom of four Sahibzaade and Mata Gujri Kaur ji by the Punjabi Academy of the Delhi government at Guru Tegh Bahadur Memorial. "More than 40 people have lost their lives here. Today, through this platform, and at such a sacred place, I want to appeal to the central government with folded hands to repeal these farm laws. These are our people, our brothers, sisters, mothers and elders. These are the people of our nation, listen to them, and end their struggle here. How many lives will you take?" he said.