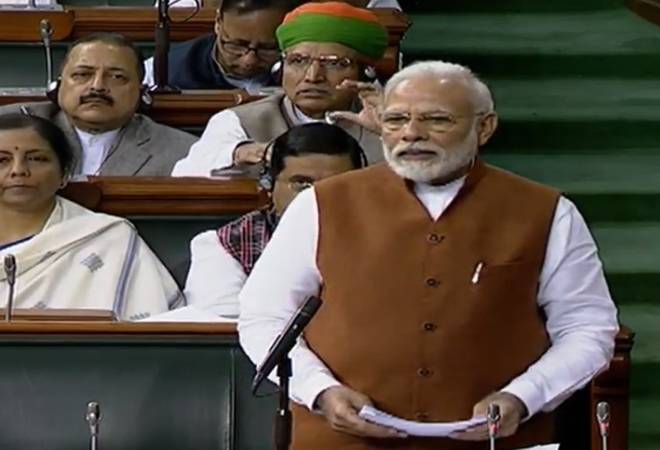 Prime Minister Narendra Modi on Thursday said the government has kept the fiscal deficit in check, which has been pegged at 3.5 per cent for the next financial year beginning April 1. In his reply to the motion of thanks on the President's Address in Lok Sabha, PM Modi said that price rise is also under check and there is macro-economic stability.

He said that the vision of the government is "greater investment, better infrastructure, increased value addition, and maximum job creation". He said that government has taken several steps to improve investor confidence and strengthen the country's economy.

He said that the government has taken many industry-specific initiatives related to irrigation, social infrastructure, rural infra, ports and water ways.

Talking about government's flagship schemes, Modi said that Stand up India, Start up India and Mudra initiatives have made lives of many people prosperous. He added that substantial numbers of the Mudra beneficiaries are women.

Taking about farmer's welfare schemes, he said that the issue of higher minimum support prices (MSP) was pending for decades. "We had the honour of solving this long-standing demand. The same applies to crop insurance and irrigation related schemes. The agriculture budget has risen 5 times during our government's tenure."

"PM-KISAN Samman Yojana is transforming the lives of many farmers and many of them have benefitted due to this. In this scheme there are no middlemen and no extra file-work," he said.

By Chitranjan Kumar with agency inputs