The objectives of achieving technology transfer, marketing expertise, modern managerial techniques or export boost remain unfulfilled with far greater emphasis on the quantity rather than the quality of FDI inflows. 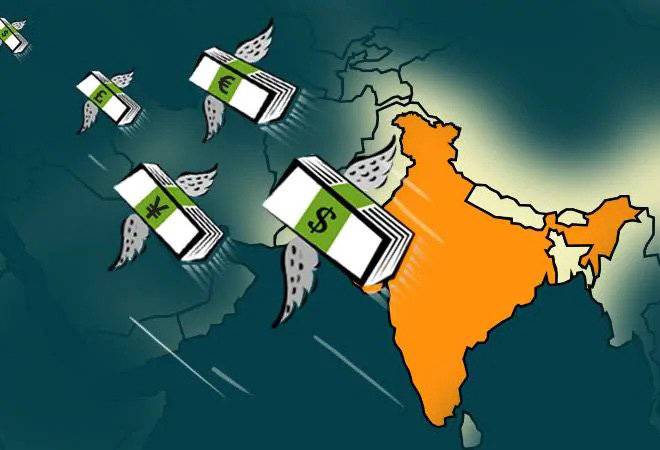 India opened up its economy to foreign direct investment (FDI) with 1991 liberalisation regime and has aggressively pursued it since then.

India opened up its economy to foreign direct investment (FDI) with 1991 liberalisation regime and has aggressively pursued it since then. Last week (on August 28) it further liberalised and simplified the FDI policy "to provide ease of doing business in the country, leading to larger FDI inflows and thereby contributing to the growth of investment, income and employment".

What, however, has remained unattended all these years is an assessment of what has actually been achieved beyond the capital inflows and repeated pleas of various government reports - the 2008 Report of the Prime Minister's Group, the discussion paper on Industrial Policy-2017 and Niti Aayog's 2018 Strategy for New India@75 - to review the FDI policy to ensure that its stated objectives are achieved.

The FDI narrative, however, remains confined to the quantity of FDI inflows.

However, in terms of annual growth in inflows or as a percentage of gross fixed capital formation (GFCF), the FDI inflows have come down significantly post-2008-09, contrary to the government's claim that the Make in India initiative of 2014 gave it an "unprecedented" boost. The annual growth in gross FDI and FDI equity inflows has fallen into single digits since 2016-17 with the latter registering a negative growth in 2018-19.

Another key trend is seen in the repatriation and reinvested earnings (earnings that are ploughed back into the Indian economy). Both show negative trends, indicating more capital is flowing out, diluting the FDI's potential benefit to the Indian economy.

Simultaneously, the reinvested earnings (earnings that are reinvested), which were high in the beginning - more than 60% of FDI equity inflows in 2002-03 and 2003-04 - went down to 28% in 2017-18. This indicates more profits are being taken out, which could have benefited the Indian economy in the long run. The discussion paper on Industrial Policy-2017 had pointed out that "benefits of retaining investments and accessing technology have not been harnessed to the extent possible". Seeking FDI has always been more than just about foreign capital.

The Statement of Industrial Policy of 1991 stated that the objectives of opening the economy to FDI were to "bring attendant advantages of technology transfer, marketing expertise, introduction of modern managerial techniques and new possibilities for promotion of exports".

The last FDI policy statement, Consolidated FDI Policy Circular of 2017, also made it clear that the FDI was also about supplementing technology and skills to propel economic growth.

But has India benefited thus?

The governments have had no answers or interest in providing such information. The emphasis has always been on the quantity of capital inflow.

In the 2013-14 budget speech, for example, the government was more honest to admit that FDI was imperative more because of the need to finance the current account deficit (CAD). Since then it has been claimed that the FDI is boosting manufacturing and employment but on multiple occasions the government has told the Lok Sabha that it has "no data" to substantiate any such claims.

Prof KS Chalapati Rao of the Institute for Studies in Industrial Development, who has been studying FDI for decades says: "There has been no mechanism to tell what the FDI is doing in this country, especially in regards to technology transfer and employment".

He points to the observations of several government documents to drive home his point.

The 2008 report of the Prime Minister's Group (V Krishnamurthy) said there was "little or no emphasis" on technology transfer or whether the kind of technologies being brought in was "appropriate or not". Quite often, it said, the technologies bought in were not the state-of-the-art technologies but at least one or two generations older. Therefore, it asked for "a relook at our FDI policy in terms of the technological benefits the country needs to derive".

In 2017, the 'Industrial Policy-2017' document of the Department of Industrial Policy & Promotion (DIPP) concluded that "FDI policy requires a review to ensure that it facilitates greater technology transfer, leverages strategic linkages and innovation".

The Niti Aayog's 2018 report, Strategy for New India@75, too recommended that "for India to become the world's workshop, we should encourage further FDI in manufacturing, particularly when it is supported with buybacks and export orders".

No such review has taken place yet.

FDI in manufacturing: More about acquisitions

Another aspect that has received inadequate attention is the inflow of FDI equity into manufacturing.

While the services sector attracted 65.4% of the total, the manufacturing sector got a mere 34%. Half of the FDI equity into manufacturing, it seems, goes into acquisitions of existing businesses, rather than creating new capacities in the economy.

Prof Rao says that his study (along with colleague Prof Biswajit Dhar) showed that 55% of the 'real' FDI equity inflows (that is, excluding investments by private equity, banks and entities controlled by the Indians which bring no technology or remain invested for long) into manufacturing during 2004 to 2014 went into acquisition of existing facilities or existing investors.

These FDI inflows, he said, did not add to manufacturing capacity or generate employment.