Former Union minister and BJP leader Yashwant Sinha to take out a protest march against the CAA-NRC today. He was accompanied by the whos who of politics 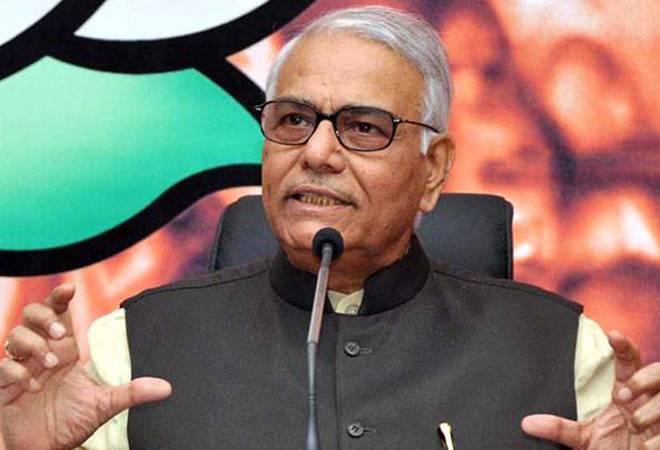 Former Union Minister and BJP leader Yashwant Sinha will take out a 'Gandhi Shanti Yatra' in Mumbai to protest against the currently passed Citizenship Amendment Act (CAA) and also the implementation of National Register of Citizens (NRC). This protest march will begin from the Gateway of India and will culminate at the Raj Ghat in Delhi on January 30.

This march would cover six states- Maharashtra,Gujarat,Rajasthan,Haryana,Uttar Pradesh and Delhi. While addressing a presser in Mumbai, Sinha said that the supremo of the Nationalist Congress Party (NCP) Sharad Pawar will flag off the march and also be a part of the same.

This protest march will be taken out under the banner of Yashwant Sinha's political platform Rashtra Manch that was launched in December 2019. He was accompanied by senior politicians such as the BJP MP Shatrughan Sinha and the former CM of Maharashtra and veteran Congress leader Prithviraj Chavan.

When asked about his yatra, Sinha said that the due to the Citizenship Amendment Act (CAA) and the proposed National Register of Citizens (NRC), the situation in educational institutions is appalling and the financial situation in our country is also terrible owing to this Act. According to Sinha, the reason behind taking out this march is to establish peace and harmony at a time when the country is witnessed with disturbance.

The demands that will be raised through this march are the repealing of the amended Citizenship Act, probe by a sitting judge of the Supreme Court into the JNU campus violence , and also an assurance from the Central government about there being no nationwide NRC. He termed the JNU campus violence on January 5 as a 'state sponsored' incident.