Seeking a debate on the matter, Leader of Opposition Mallikarjun Kharge raised the issue of steep rise of petrol, diesel and LPG prices in Rajya Sabha 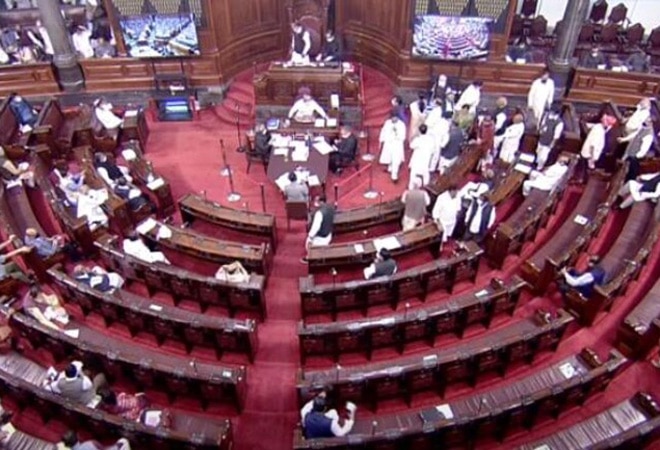 Rajya Sabha was adjourned twice on the first day of second part of Budget session, on March 8, 2021 as the opposition stuck to its demand for a discussion on rising fuel prices

Rajya Sabha was adjourned for the day on Monday, March 8, as the opposition stuck to its demand for a discussion on rising fuel prices.

Seeking a debate on the matter, Leader of Opposition Mallikarjun Kharge raised the issue of steep rise of petrol, diesel and LPG prices in Rajya Sabha, demanding that the upper house discuss the "burning subject" in the wake of the hardships faced by the common man.

Giving a notice under Section 267, Kharge called for suspending the legislative business of the House and discussing the issue of petroleum products' price increase. He said it was important to discuss the matter as people were suffering due to the frequent increase in fuel prices.

However, Rajya Sabha Chairman M. Venkaiah Naidu did not accept the notice, stating that the topic can be raised during the debate on the appropriation bill. He added that ample opportunities will be there to discuss the matter during this part of the Budget session.

"This is very important issue, and it is a burning subject. Throughout the country, people are agitated," Kharge said.

The senior Congress leader said petrol prices have touched nearly Rs 100 a litre while diesel rates are more than Rs 80 per litre and LPG prices have also increased.

Kharge further stated that the government has collected Rs 21 lakh crore by putting excise duty and cess on petroleum products.

He said farmers and people are suffering because of the rise in prices. Kharge pressed for holding a discussion on this issue, but the Chairman did not allow it.

The second part of Parliament's Budget session began on Monday and is scheduled to conclude on April 8.