Give money to poor, not tax cuts to industrialists: Rahul Gandhi tells govt 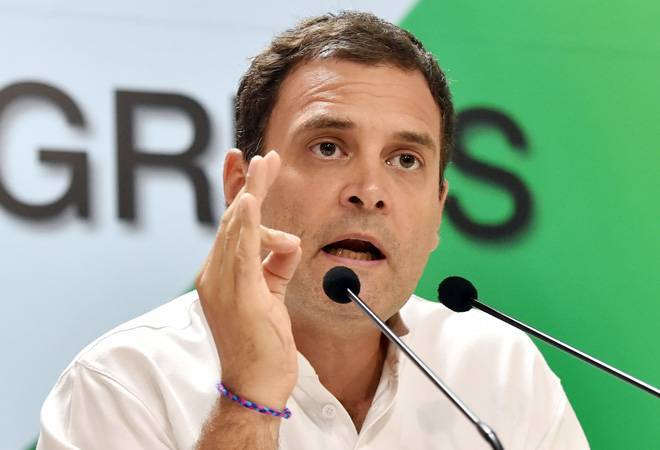 Congress leader Rahul Gandhi on Tuesday took a dig at Prime Minister Narendra Modi-led BJP government over the state of the economy. Citing the latest annual report by the  Reserve bank of India, Gandhi said, "RBI has now confirmed what I have been warning for months".

The 50-year-old Congress leader asked the union government to, "to give money to the poor, not tax cuts to industrialists. Restart economy by consumption".

Yesterday, the RBI in its annual report said that an assessment of aggregate demand during the year suggested that the shock to consumption was severe.

RBI also said that "deep-seats and wide-ranging" reforms were needed to regain losses and return to the path of sustainable economic growth.

Private consumption has lost its discretionary elements across the board, it said, adding transport services, hospitality, recreation, and cultural activities were particularly affected in the economy, where consumption accounts for some 60 per cent of gross domestic product (GDP).

On the country's struggling financial sector, the RBI said banks need to be liberated from the risk aversion that is impeding the flow of loans to productive sectors and undermining lenders' role in the economy.

Banks were dealing with a high pile of bad debt even before the pandemic, making bankers very cautious about giving out new loans.