Global Times goofs up in calling 'Boycott China' a flop

Mere increase in exports only indicate that the unlock phase of Indian economy is at work, and demand for raw materials from China and elsewhere is beginning to rise 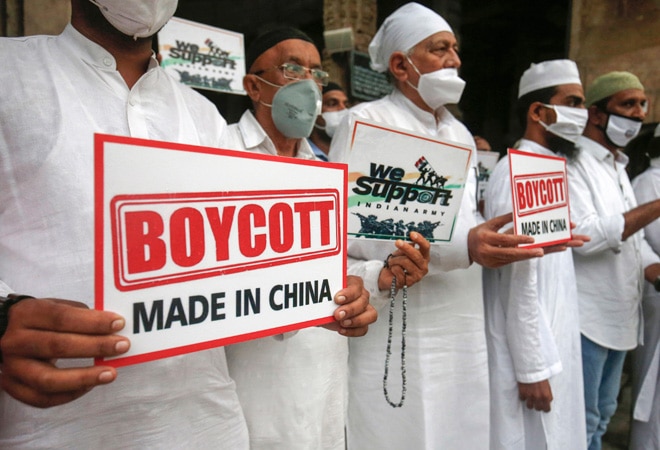 Chinese state-affiliated publication Global Times has hinted that despite all the talks of boycotting Chinese products, India may be importing more. The publication's hypothesis could simply fall flat, despite Chinese customs data showing that exports from that country to India increased to $5.6 billion in July, up from $4.78 billion in June.

Here is the reason.

First of all, there is no official boycott of Chinese products. Swadeshi groups who have called for a boycott are focussing on products for which there is an alternative, or are non-essential in nature. Electronic goods is one such product sector, toys will be another. Mere increase in exports only indicate that the unlock phase of Indian economy is at work, and demand for raw materials from China and elsewhere is beginning to rise. Unless more segregated product specific data is available for a longer period, such suggestions carry no value.

India's commerce ministry is yet to publish the monthly trade data for July, but the other figures for the other three months are not showing a similar upward trend. India's merchandise imports from China in April is shown as $3.03 billion, $4.66 billion for May and $3.32 billion in June. One can very well argue by looking at the May and June numbers that Chinese boycott is working in India. One of the major reasons why the Chinese numbers and the Indian numbers differ is the difference in the value registered for the product at the Chinese customs and the landed cost that is registered in India's customs data base. It is also possible that the product shipped in one particular month from China does not reach Indian shores the same month, or even next month. Hence the data are not strictly comparable. But the difference in trends at least question the claim made by the Global Times.

The fact is that the impact of India's attempts to improve its self reliance in key products with heavy dependence will take time to reflect in the trade numbers. India's dependence from China will not and cannot reduce in a month or a couple of months. That is precisely the reason why the decline in imports from China to India dipped only 22.2 per cent in May as against an overall drop of 52.44 per cent in the value of India's total imports.

Global Times numbers can be ignored for now. The impact of India's boycott of Chinese goods, if any will reflect six months or one year from now, not before that.

Himachal gets Centre's approval for projects worth Rs 7,922.69 crore