No relief was announced for the auto sector despite a huge demand for a rate cut. The GST Council had said that such a move would lead to huge revenue hit for the states as well as the Centre 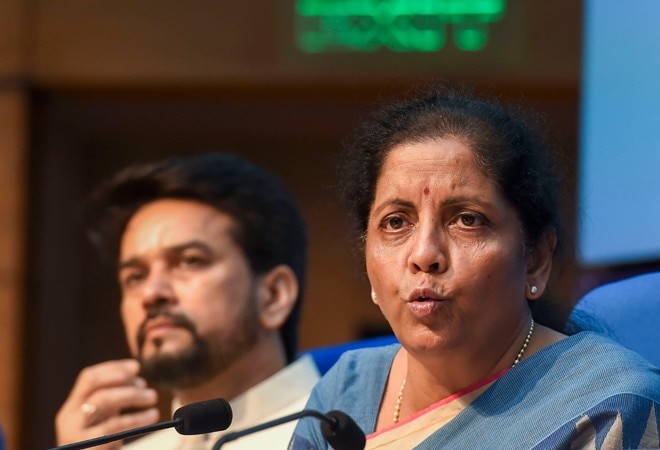 The GST Council announced no relief for the auto sector despite widespread demands for a tax cut.

The high-powered Goods and Services Tax (GST) Council on Friday announced tax reduction for hotels, and outdoor catering. No relief, however, was announced for the auto sector despite a huge demand for a rate cut amid worsening sales performance. The GST Council had earlier said that such a move would lead to huge revenue losses for the states as well as the Centre.

"Several decisions have been taken to promote tourism," Finance Minister Nirmala Sitharaman said at the press briefing after the GST Council meet. The GST on hotel tariff of more than Rs 7,500 has been reduced to 18 per cent from the current 28 per cent. Those with tariff below Rs 7,500 will be taxed 12 per cent and those with tariff of up to Rs 1,000 will not be taxed.

In the meeting today, the GST Council also hiked the tax rate on caffeinated drinks as they have a negative impact on health. For caffeinated drinks, the GST Council has hiked tax rates to 28 per cent, from the earlier 18 per cent. An additional cess of 12 per cent has also been imposed on such beverages. With the GST collection dipping to less than Rs 1 lakh crore mark last month, the move could help the Centre increase its revenue.

This move will bring caffeinated drinks at par with the tax rate charged on aerated drinks. Also, aerated drink manufacturers have been excluded from the composition scheme and restrictions placed on refund of compensation cess on tobacco products.

The GST Council also exempeted imports of specified defence goods not being manufactured indigenously from GST up to 2024. Also, goods and services supplied to FIFA and other specified entities for U17 Women's World Cup in India have also been exempted from GST.

In all, the GST Council revised rates on 20 goods and 12 services. FM Sitharaman said the rate changes shall be made effective from October 1, 2019.

"The outcome of the GST Council's meeting today is almost perverse in comparison to the income tax rate cut handed out earlier today to Corporate India. Minor rejigging of the tax slabs for a handful of items has been carried out; ostensibly for maintaining legislative stability. However, the recommendations of the fitment committee appear to be dictated by concerns of revenue shortfall. Similarly the extension of the compliance deadlines once again doesn't augur well. GST Version 2 which required a consolidated relook at the tax slabs as well as compliance modalities continues to remain an elusive reality," said Mekhla Anand, Partner, Cyril Amarchand Mangaldas, on outcome of GST Council meeting.

The GST Council's fitment committee had earlier rejected the proposal to reduce tax on about 200 items, including automobiles, footwear, biscuits, TVs, chemical fertilizers, etc. The panel had also said the GST cut for the auto sector could not be done as it would lead to huge revenue hit for the state as well as Centre governments. "The revenue implication of the move (auto sector) is very high. Who will bear the revenue loss of Rs 40,000-45,000 crore? Unless GST revenue stabilises, it is difficult to agree on this proposal," Bihar Deputy Chief Minister Sushil Kumar Modi, who is also a GST Council member, earlier told Business Today.

Though the Centre didn't give any reprieve to the ailing auto sector, the FM earlier today announced a major reduction of about 5 per cent in the corporate tax for domestic companies. The current corporate tax rate is 30 per cent, which has now been brought down to 22 per cent but the effective tax rate will stand at 25.17 per cent, including cess and surcharge.