As many as 21 states -- which are BJP-ruled or have supported it on various issues -- have opted to borrow Rs 1.10 lakh crore to meet the compensation shortfall 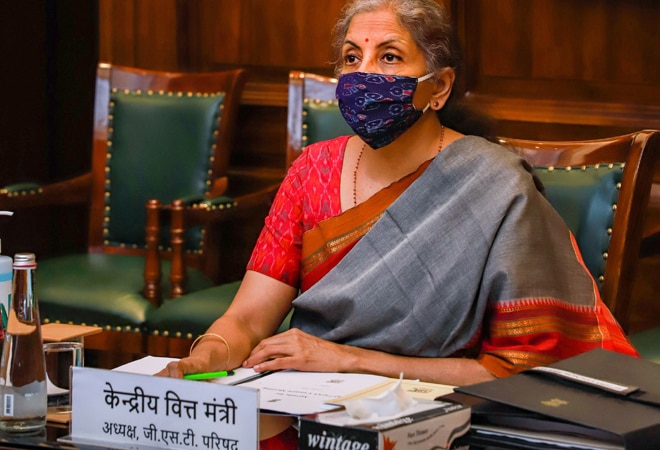 The Centre had in August given two options to the states -- to borrow either Rs 97,000 crore from a special window facilitated by the RBI or Rs 2.35 lakh crore from the market

The stalemate over compensating states for the shortfall of Rs 2.35 lakh in the GST collection continued in yesterday's GST Council meeting. However, the government said it would facilitate Rs 1.10 lakh crore to the 21 states that have shown a preference for the borrowing plan. As many as 21 states -- which are BJP-ruled or have supported it on various issues -- have opted to borrow Rs 1.10 lakh crore to meet the compensation shortfall.

Ten states, ruled by non-National Democratic Alliance (NDA) parties rejected the borrowing plan. These states insisted that the Centre should borrow the entire amount, compensate states fully for their GST shortfall and repay the loan from the compensation cess levied on luxury goods.

Finance Minister Nirmala Sitharaman outrightly said that the Centre cannot borrow and pay the states for the shortfall as it would lead to rise in bond yields, resulting in the rise in borrowing costs for the  government and the private sector.

The GST panel, for the third time in a week, failed to reach a consensus on government's proposal of states borrowing against future GST collections to make up for the shortfall.

Following a demand by some states, the amount of Rs 97,000 crore was increased to Rs 1.10 lakh crore.

The Centre has released Rs 20,000 crore to the states towards compensation shortfall so far in the current fiscal.

On top of the highest tax slab, a cess is levied on luxury, sin and demerit goods, and the proceeds from the same are used to compensate states for any revenue loss. But due to a slowdown in the economy, collections have fallen short of the money needed for compensating states.