The former Finance Minister Arun Jaitley dismissed a single GST slab adding that such an arrangement is possible only in "extremely affluent" countries where there are no poor people. 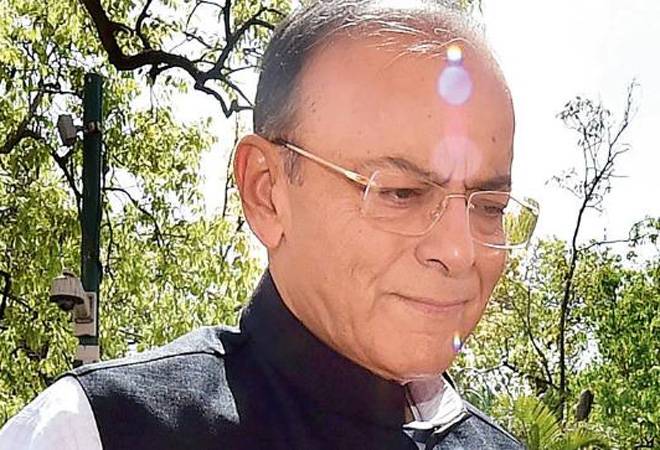 Former Finance Minister Arun Jaitley Monday said that India can have two slabs for the Goods and Services Tax (GST) but dismissed the possibility of a single rate.

Former Finance Minister Arun Jaitley Monday said that India can have two slabs for the Goods and Services Tax (GST) but dismissed the possibility of a single rate.

"As revenue increases further, it will give an opportunity to policy makers to possibly merge the 12% and 18% slab into one rate, thus, effectively making the GST a two-rate tax," he said in his blog 'Two Years After GST', he said in his blog post titled 'Two years after GST'.

The former Finance Minister, however, dismissed a single GST slab adding that such an arrangement is possible only in "extremely affluent" countries where there are no poor people.

"In the pre-GST regime, the rich and the poor, on various commodities, paid the same tax. The multiple slab system not only checked inflation, but it also ensured that the Aam Aadmi products are not exorbitantly taxed. Illustratively, a hawai chappal and a Mercedes car cannot be taxed at the same rate. This is not to suggest that the rationalisation of slabs is not needed. That process is already on," he said.

He also said that as many as 20 states are already showing more than a 14% increase in their revenues and do not require the centre to compensate them for revenue loss arising out of GST implementation.

As the GST completes its two years, Jaitley took to social media to look back on the execution process of the fiscal regime which promised further simplification of the federal tax system in the country.

"Today, the Goods and Services Tax regime enters its third year. The monumental restructuring of one of the world's clumsiest indirect tax system was not an easy task. The challenges to implement the GST were compounded by some outlandish and exaggerated comments of the not so well-informed. It would, therefore, be only fair to look back the last two years and analyse the implementation and the impact/ consequences of the GST," said Jaitly in his Facebook post.

"Many warned us that it may not be politically safe to introduce the GST. In several countries, governments lost elections because of the GST. India had one of the smoothest transformation. Within the first few weeks of the implementation, the new system settled down. There were a few protests in Surat. The issues were resolved," he added.

Jaitley, who in May wrote to Prime Minister Narendra Modi expressing his unwillingness to be a Minister in the Modi 2.0 government due to health reasons, said that most items of consumer use have been brought in the 18 per cent, 12 per cent and even 5 per cent category.

The GST Council, chaired by Finance Minister and comprising state Finance Ministers, has reduced tax rates over the last two years which led to a revenue loss of more than Rs 90,000 crore, he said.

"Except for luxury and sin goods, the 28 per cent slab has almost been phased out. Zero and 5 per cent slabs will always remain. As revenue increases further, it will give an opportunity to policymakers to possibly merge the 12 per cent and 18 or cent slab into one rate, thus, effectively making the GST a two-rate tax," he said.

Observing that a sudden reduction of tax rates on all categories of goods can lead to a massive loss of revenue for the government leaving it without resources to spend, Jaitley said: "this exercise had to be done in a gradual manner as the revenues increased".

"The fear of the states today is that for the first five years they get a guaranteed 14 per cent increase. The lurking doubt is as to what will happen after five years? Every state has been paid its share of tax as also from the compensation fund, if necessary. We have just completed two years of GST."

"Already after the second year, twenty states are independently showing more than a 14 per cent increase in their revenues and the compensation fund in their case is not necessary," Jaitley said.