With sharp uptick in digital usage and stable spending outlook by large banks in US and Europe, BFSI vertical is expected to lead the recovery for IT firms. TCS and Infosys are likely to benefit the most 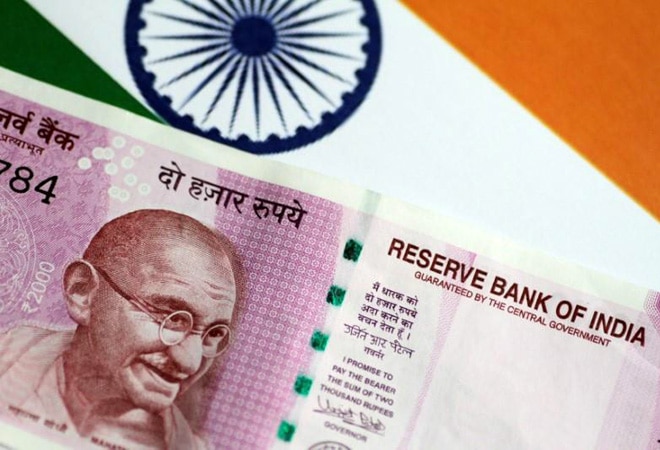 Large global banks and financial institutions bring a third of the revenues to large Indian IT companies such as TCS, Infosys, Wipro, and HCL Tech. Though most companies continued to see pandemic-related softness in banking, financial services and insurance (BFSI) vertical in early months of Q1, management commentary exuded optimism.

During the earning call, Infosys COO Pravin Rao pointed out that though the company saw some drop initially, it started seeing fast recovery in business volumes and deals as the quarter progressed. "This was particularly in the US and APAC. On the negative side, we continue to see some softness in the capital markets and cards and payment sector," he said.

Likewise TCS also said the BFSI revenue decline of 4.9 per cent in Q1 was largely due to pandemic-related softness in UK and Canada, apart from which, revenues in BFSI held up well in other markets. In the quarter gone, TCS signed a $2.1 billion dollar deal in the  BFSI vertical. 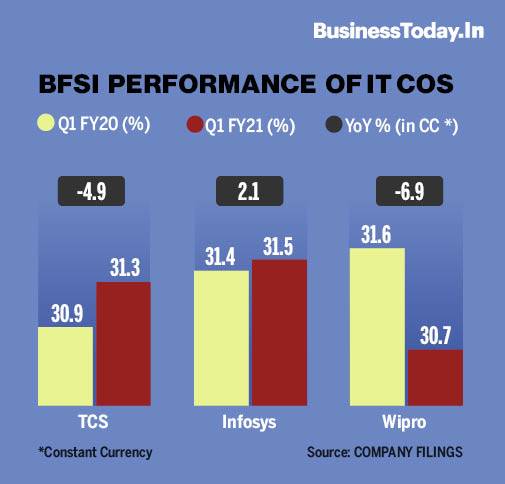 In its latest research report, Nomura stated that it expects growth in the BFSI vertical to recover for Indian IT with large European and US banks showing financial stability and a sharp increase in usage of digital mediums across banks. "Customer adoption of digital channels is strong and is expected to be sticky. We have seen a sharp surge in the usage of digital mediums across banks in the US and Europe in the areas of retail banking, wealth management and corporate advisory businesses over the past two quarters," said the report. According to Nomura analysts tech spends among large banks were largely unaffected due to COVID-19 and were flattish quarter on quarter and grew flat to high-single digits y-o-y in Q2.

For Indian IT services companies, recovery in BFSI vertical is expected to be largely driven by US and APAC banking customers, while challenges in the UK are likely to continue due to Brexit and COVID-19. Both Infosys and TCS which reported strong deal wins in Q1 of FY21 in the BFSI space are likely to benefit most from global tech spends, analysts expect.

Elected US President because Barack Obama did 'such a bad job': Donald Trump