How to fight coronavirus? Burning 'coronasur' is a start 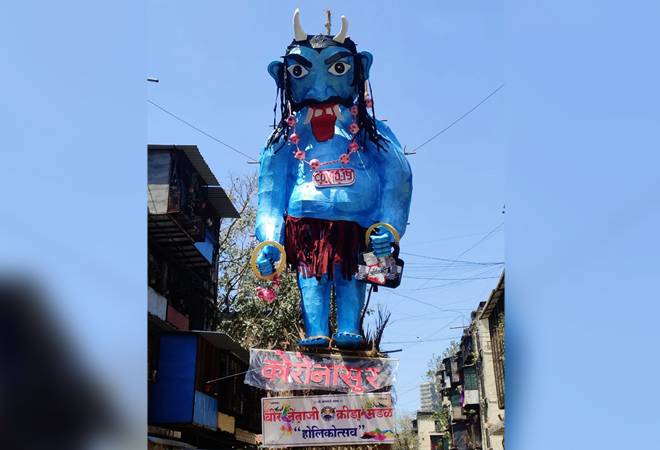 Mumbaikars seemed to have discovered their own way of defeating the coronavirus outbreak - burning the 'coronasur'. Residents of BDD chawl in Worli have put up an effigy of the a literal coronavirus monster to burn it as part of Holi celebrations on Monday.

The effigy, which is in the form of a giant blue rakshas (Monster), has been given the inventive title 'Coronasur', a pun on the name often given to monsters in ancient Hindu texts. Burning effigies are part of Holi celebrations and are suppose to mark the beginning of festivities. The ritual is supposed to mark the defeat of evil. 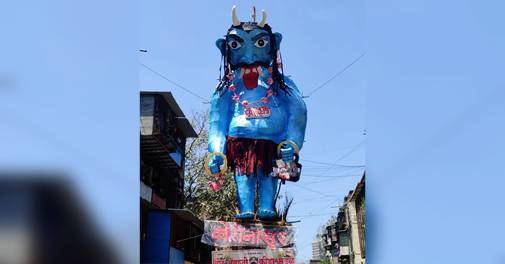 'Coronasur' would be burned during the celebrations late at night, symbolising the people's triumph over the deadly virus. However, as Mumbaikars plan to burn 'coronasur', the number of COVID-19 in India keeps on increasing. In India, 43 cases of COVID-19 have been confirmed so far including a 3-year-old that has tested positive on Monday. As of Monday, 3,381 people across the world have died because of COVID-19 and over 110,000 have been infected.

The virus which originated in the Wuhan district of China has claimed 3,113 lives in mainland China alone. Though the number of new cases being reported daily has been declining, just 22 on Sunday, there has been a steady rise in cases outside of China. Italy is one of the worst-hit countries in the world with 133 deaths being reported just on Sunday. The total number of deaths in the country has now climbed to 366. Fifteen Italian tourists in India were also tested positive for coronavirus last week.

The Indian government has suspended visas of travellers coming to India from COVID-19 hit countries such as Italy, Iran and South Korea.

Why oil price crash is good for Indian economy