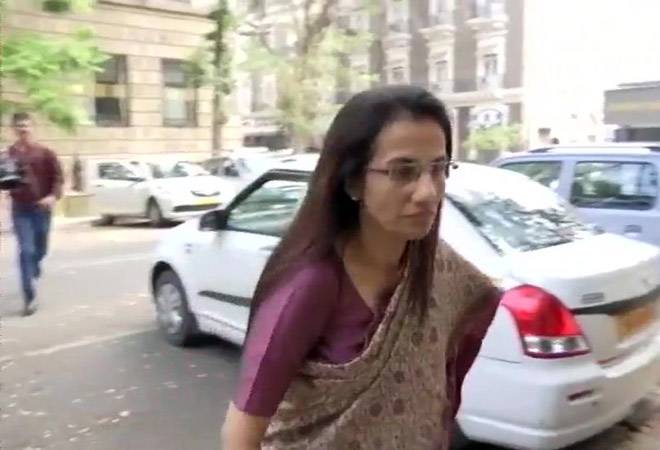 The Enforcement Directorate said that they have evidence against former ICICI CEO and MD Chanda Kochhar, who they questioned for the fourth time in four days today. The agency is looking at Kochhar's role in two cases involving her husband Deepak Kochhar. The Enforcement Directorate also claimed to have established a money trail pointing towards quid pro quo between the Kochhars and Venugopal Dhoot, promoter of Videocon.

According to sources, Deepka Kochhar's NuPower Renewables received Rs 64 crore through a cluster of shell companies from Videocon. The same year it received Rs 325 crore from Mauritius-based Firstland Holdings, a firm owned by Nishant Kanodia. "It is important to note that, both these companies which invested in the company of Deepak Kochhar were sanctioned loan by ICICI Bank at a time when his wife Chanda Kochhar was at top position in bank. It does raise suspicion and we are investigating the same," said a source to India Today.

Trouble is mounting for Chanda Kochhar and the others involved as the agency claims to have the money trail of transactions between the former ICICI MD and the two companies that were given loan by ICICI.

During Chanda Kochhar's tenure as CEO, six high-value loans were issued to various Videocon companies. It is alleged that Venugopal Dhoot in turn invested in Deepak Kochhar's NuPower through his firm Supreme Energy. According to the CBI FIR, total loans of Rs 1,575 crore that were given by ICICI Bank to the Videocon group had turned NPAs.