India has been seeking to renegotiate the terms of the free trade agreement, which was signed during the UPA regime, as there's no review or exit clause in it; it has also led to over 250 per cent increase in India's trade deficit with ASEAN 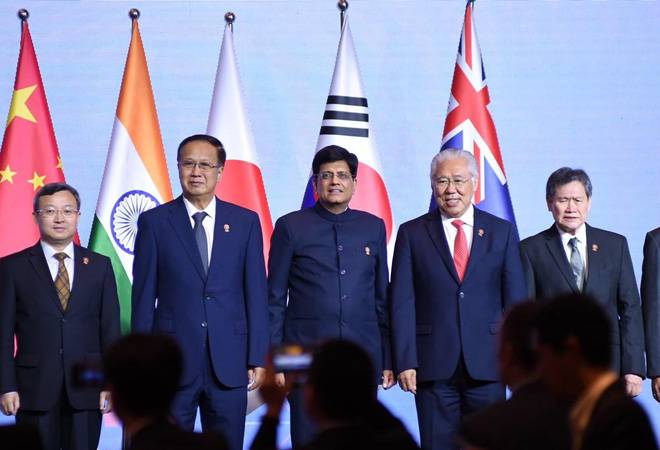 At a time when India is battling with the plummeting trade and the ongoing economic slowdown, the Centre has managed to push 10 ASEAN countries to review the bilateral free trade agreement (FTA) to make it "more India-friendly". India, under PM Narendra Modi, has been seeking to renegotiate the terms of the FTA as there's no review or exit clause in it. As per an assessment, the FTA has led to a 250 per cent increase in India's trade deficit with ASEAN nations. The FTA was implemented during the UPA regime in January 2010.

A joint statement issued at the AEM-India Consultations in Bangkok this week had stated: "The ministers tasked officials to work on the details of the review and submit an update at the next ASEAN Economic Ministers (AEM)-India Consultations." Commerce & Industry Minister Piyush Goyal represented India in the ASEAN meet.

The ASEAN ministers welcomed the "recommendations of the ASEAN-India Business Council to further promote the potential of bilateral trades through the utilisation of ASEAN-India FTA as well as cooperation in some areas of mutual interest such as financial technology, connectivity, start-ups and innovation empowerment of youth and women and MSME development".

Interestingly, Rashtriya Swayamsevak Sangh (RSS) and its affiliates have been pushing the Centre to seek a review of the FTA as organisations like Swadeshi Jagaran Manch (SJM) feels the agreement stacked the odds against Indian exports and made things easier for imports from the ASEAN nations.

SJM Co-convenor Ashwini Mahajan, speaking to India Today, said: "In our representations to the Centre and during discussions with the BJP ministers, we have been insisting that the ASEAN-India FTA signed during the previous UPA regime was an extremely unequal trade agreement. In an international trade agreement, there has never been a case where there's no clause or review clause. It was very unfortunate. That's why we welcome the joint media statement of 16th ASEAN Economic Ministers meet, as a decision has been taken to review the pact."

He said the SJM conveyed to the Centre many times that after the ASEAN-India FTA, the trade deficit with these nations increased manifold and various sectors, including agriculture and industry, were badly hit. "Steel, glass, telecom and various other industries are the worst affected due to the pact. The review will help in going towards a more equitable and balanced trade," he added.

Experts say one of the big reasons for a spike in India's trade deficit is the low utilisation of the FTA route by Indian exporters to ASEAN countries as there were difficulties in negotiating the rules. Exporters also believe the review could improve their utilisation by making the pact simpler and user-friendly.

Meanwhile, the review decision has also brought some cheer on the government side, which is desperate to infuse some positivity in the sliding economy. Many in the government feel that a favourable outcome of the review will help revive many sectors including manufacturing, agriculture, and PM Modi's pet project, Make in India.

Pakistan warns of genocide in Kashmir, expects no talks with India