India had also boycotted the first BRF held in 2017. New Delhi's reluctance to join the BRI has become a major irritant in the relations between the two countries. 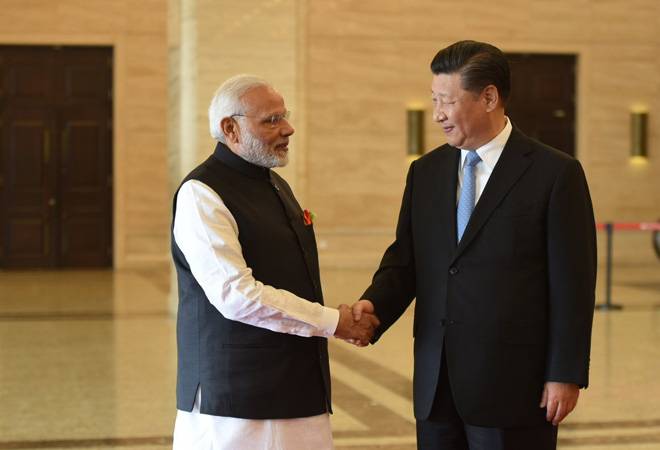 India's decision to not join China's Belt and Road Initiative over sovereignty concerns related to the CPEC has not affected the bilateral trade ties which have seen an "exponential growth", India's Ambassador to China Vikram Misri has said.

India had also boycotted the first BRF held in 2017. New Delhi's reluctance to join the BRI has become a major irritant in the relations between the two countries.

"We feel that the infrastructure connectivity should be aligned with national priorities and should respect and follow certain well respected or broadly accepted (norms) in the world, which include the elements of transparency openness, level playing field, social, environmental and financial sustainability," Misri said.

"These are the principles we follow in our own initiatives. The most important thing is that (they) must be aligned with national priorities. That is one basket. The other basket is that these initiatives can be sustainable and successful only in so far as they respect issues related to sovereignty and territorial integrity," he said in an interview to China's state-run CGTN.

In an interview to the state-run Global Times in March, Misri signalled India's plans to stay out the conference which was attended by 37 heads of state and governments, including Pakistan Prime Minister Imran Khan.

Though the latest interview was recorded well ahead of the 2nd BRF meet, parts of it were telecast on May 1, according to a post on the CGTN website.

In the full interview accessed by PTI, Misri said India had its own infrastructure connectivity projects in the neighbourhood and New Delhi's view is that all such projects should be aligned with national priorities.

"With regard to trade and BRI, despite the fact that we are not part of the BRI, there has been no impact on the bilateral trade between India and China. We have seen an exponential growth in bilateral trade with China," he said.

"So, we don't necessarily need to look at India-China trade, or indeed the larger economic and commercial relationship through the prism of BRI. I think we can very well progress on that front," Misri said.

The bilateral trade has grown to about USD 95.5 billion, inching towards the USD 100 billion mark, a target set by Chinese President Xi Jinping and Prime Minister Narendra Modi to be achieved by 2020.

Misri said India has had its concerns over the way the BRI has been put out and New Delhi's views are not unknown or a secret.

"I would also say that with the point of view we have had with regard to especially with the issue related to sovereignty and territorial integrity is not a new point of view. It is a very long held point of view by us. I would imagine that our partners and our neighbours are well aware of our positions," he said.

Misri also pointed to how China-sponsored Asia Infrastructure Investment Bank (AIIB), in which India is the second largest shareholder after China, helped financing projects in the region without any problems.

"That just goes to prove my point that the fact the we are in AIIB and AIIB is funding a number of countries in the region. Each project is assessed based on certain parameters.

"It follows very high international standards. I think India is probably the largest client of the AIIB, every project is subjected to a study and if it passes those tests they are approved," Misri said.

"We have no problem with it. If we are in agreement about the parameters we would have no objection in going forward with any of the partnership initiatives. But as I said with regard to the BRI there are other elements related to sovereignty and territorial integrity and those issues have not been addressed in the context," he said.

"That is a major gain in our relationship and I think they share a special relationship, they have also provided a compass to the bilateral relationship that helps to guide the officials," he said.

He said both India and China regard their bilateral ties as an important relationship.

He said both countries have about 36 bilateral forums for official level dialogue on different issues.

"We have today very good understanding in a number of bilateral political forums. We are working very hard to expand the trade and economic relationship and people to people relationship which is very important aspect of it," he said.

Also read: About 200 US firms aim to move manufacturing base from China to India post-general election: USISPF

Cyclone Fani: Companies monitoring Odisha and on alert in Kolkata