Safeguard duty will be paid at rate of 14.9% for initial six months, while 14.5% for rest of six months; definitive and provision anti-dumping duties will be imposed on import of digital offset printing plates and aniline oil, respectively 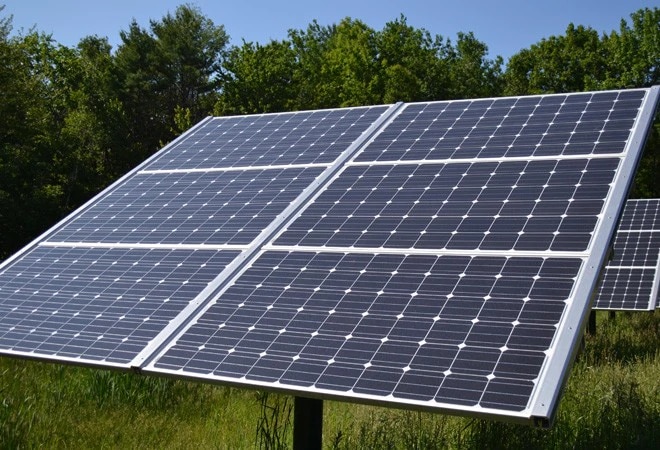 To reduce dependence on Chinese imports, the government has extended the safeguard duty on imported solar cells and panels by one year and has imposed duties on printing plates and raw material used in making industrial chemicals.

The government had earlier announced levy of 15 per cent safeguard duty on solar cells and panels until July 29, but it'll now continue for another year. Besides, the definitive and provision anti-dumping duties will also be imposed on the import of digital offset printing plates and aniline oil, respectively.

As per the revenue department notification issued on Wednesday, the safeguard duty will be paid at the rate of 14.9 per cent for the initial six months, while at 14.5 per cent for the rest. The safeguard duty or SFG will also be imposed on solar items coming from Vietnam and Thailand. The government has notified that anti-dumping duty on digital offset printing plates is also applicable to imports from Vietnam, Taiwan, South Korea and Japan.

In a series of actions against Chinese aggression along the Line of Actual Control, India has recently banned over 100 mobile apps, barred companies from bidding for public projects in India without the required approval, and even ordered e-comm firms to display country of origin on their products.

After the June 20 skirmish between Chinese and Indian soldiers that left 20 Indian jawans dead, Prime Minister called for Atma Nirbhar Bharat to reduce over-dependence on China and other nations.

At present, India is dependent mainly on China for 80-90 per cent of the solar equipment required for meeting the ambitious target of 100 GW of solar energy by 2022. Of the $1.5 billion worth of solar equipment imported by India in the first nine months of FY20, $1.2 billion was from China.

India had imposed a 25 per cent SGD on solar imports from China and Malaysia to boost domestic manufacturing for a year from August 2018, but was reduced to 20 per cent from July 2019 to January 2020 and then to 15 per cent from January, this year.

India's domestic solar equipment manufacturers led by companies like Adani Solar, Vikram Solar, Waare Energy, Tata Power Solar, etc have a currently installed module manufacturing (the main component of solar equipment) capacity close to 8 gigawatts (GW), but most have spare manufacturing capacity. Most of the projects on the ground so far in India are based on imports from China.