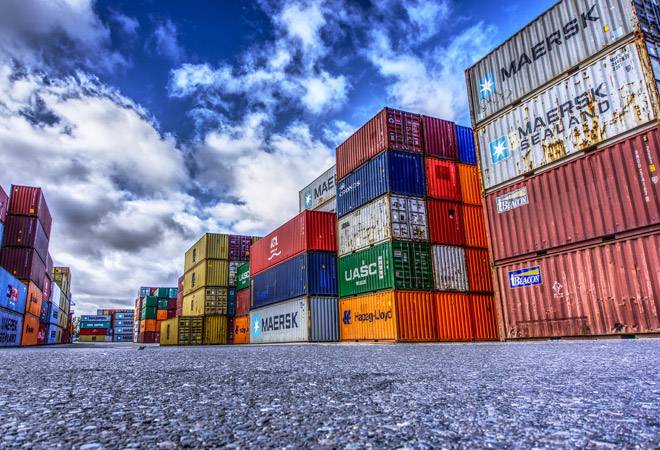 Growing cold vibes and changing dynamics of economic ties between India and China have crashed bilateral trade. India's trade with mainland China and Hong Kong declined by over 7 per cent to $109.76 billion in FY20, its steepest fall since FY13. It is a sharp reversal from the 3.2 per cent growth in trade in 2018-19 and the more robust 22 per cent jump in FY18, signalling the prevailing anti-China sentiment in the country. A lot of business with Mainland China is also conducted via Hong Kong. Import substitution of electronics going into TVs, refrigerators, ACs, washing machines and mobile phones caused a $1.5 billion drop in imports from China in FY20. Other items that registered a decline include mineral fuels, mineral oils, pharma and chemicals.

At the same time, bilateral trade with Hong Kong - another big trade partner for India, fell by an even sharper 10.17 per cent in FY20. Like in the case of mainland China, this was again the steepest decline since FY13 when it had fallen by over 14 per cent. It has come after a period of three years of high double digit growth in trade between the two partners. The fall in trade with mainland China has also resulted in a narrowing of the trade deficit between the two. It is now under $50 billion mark for the first time in 5 years at $48.66 billion. Mainland China was India's largest trading partner between fiscals 2014 and 2018 but became number two in 2018-19 when US overtook it. Unlike US though where India enjoys a trade surplus - $17.4 billion in 2019-20, the massive trade deficit with mainland China was always a concern for India. In 2017-18, deficit between the two countries had hit a high of $63 billion. In fact, monthly trends show the deficit is contracting at a much faster clip. In March, it stood at just $1.816 billion, which was the lowest level ever in a month since December 2010 when the deficit was $183.7 million. It is a far cry from January 2018 when monthly trade deficit had hit an all time high of over $5.8 billion. In the last 20 years, India has enjoyed a trade surplus with China in only three months. The deficit in the case of Hong Kong is a bit peculiar. Unlike mainland China, India enjoyed a trade surplus in the past largely due to high value export of diamonds and other gems and jewellery, which account for over 86 per cent of India's exports to the island. The surplus turned into a deficit for the first time in fiscal 2019 due to the slowdown in the gems and jewellery sector in India. It has widened a bit in 2019-20 (see table). 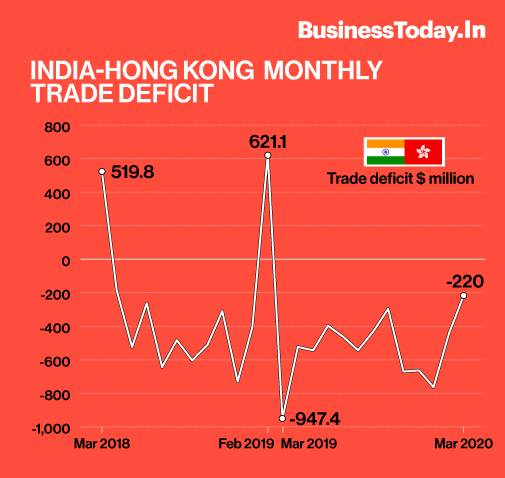 "Ever since China joined WTO (December 2001), our trade deficit with them has only increased and it's not because they are very efficient but because they have been dumping goods on us. This dumping has destroyed our industries," says Ashwani Mahajan, national co-convener, Swadeshi Jagran Manch, an organisation that promotes indigenous goods and has close ties with the government in India. "There is a change happening around the world. Earlier countries were supportive of goods and services moving freely from one country to the other, in the concept of global supply chain etc. But now they are all rethinking. In the new global emerging scenario we also need to rethink. Countries are worried about China's motives."

China's role in the spread of the coronavirus pandemic across the world and the economic distress that it has caused in the global economy has resulted in a significant backlash among business communities and consumers across India. The calls for a complete boycott of Chinese products that have risen in India from time to time in the past have only become shriller. On Wednesday India's largest trader body Confederation of All India Traders (CAIT) that has over 7 crore retailers and wholesalers under its wing gave a call for a complete boycott of Chinese products and has prepared a list of 3,000 items where it would actively scout for a local substitute.

"Our target is by December 2021, we should reduce imports from China by upto Rs 100,000 crore ($13.3 billion)," said Praveen Khandelwal, national secretary general, CAIT. "The Indian consumer does not want to buy Chinese goods anymore. He is concerned with the spread of the virus and its impact on the Indian economy as also with the transgressions by the Chinese army on our border. We support them in this cause and will encourage them to buy local products."

With projections of a contraction in the Indian economy in fiscal 2021, its overall trade with the world will also see a fall this year. The impact on business with China however, is likely to be much deeper.

Railways plans to increase use of migrant workers under MGNREGA for construction, repair work