In terms of industries, eleven out of the twenty three industry groups in the manufacturing sector have shown positive growth during the month of January 2020 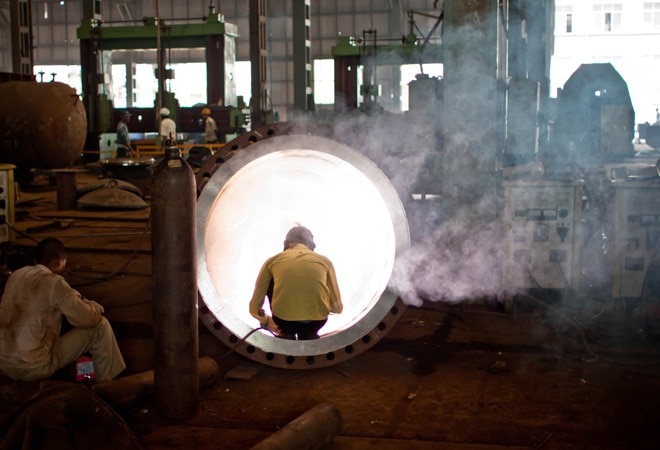 India's industrial output, measured in Index of Industrial Production (IIP), expanded 2 per cent during January, the fastest in six months. The uptick in factory production came on the back of surge in mining and power generation sectors. This was expected as production in eight core sectors grew by 2.2 per cent in January.

"The Quick Estimates of Index of Industrial Production (IIP) with base 2011-12 for the month of January 2020 stands at 137.1, which is 2.0 per cent higher as compared to the level in the month of January 2019. The cumulative growth for the period April-January 2019-20 over the corresponding period of the previous year stands at 0.5 per cent," the government said in its statement.

In terms of industries, eleven out of the twenty-three industry groups in the manufacturing sector have shown positive growth during the month of January 2020 as compared to the corresponding month of the previous year, the statement further said.

ALSO READ:Retail inflation falls to 6.58% in February as food prices cool down

Production of capital goods, a measure of investment, shrunk by 4.3 per cent during January 2020, as opposed to a contraction of 3.6 per cent in the corresponding month last year. According to use-based classification, primary goods saw a growth of 1.8 per cent, and intermediate goods grew at 15.8 per cent in January 2020 on annual basis, whereas production of infrastructure and construction goods declined 2.2 per cent.

The consumer durables and consumer non-durables saw de-growth of 4 per cent and 0.3 per cent, respectively.

Retail inflation falls to 6.58% in February as food prices cool down