After palm oil, India may impose import curbs on other crucial items from Malaysia

Other items that may face restrictions include copper and aluminium wire, microprocessors, computer and telecom products, turbojets, and aluminium ingots 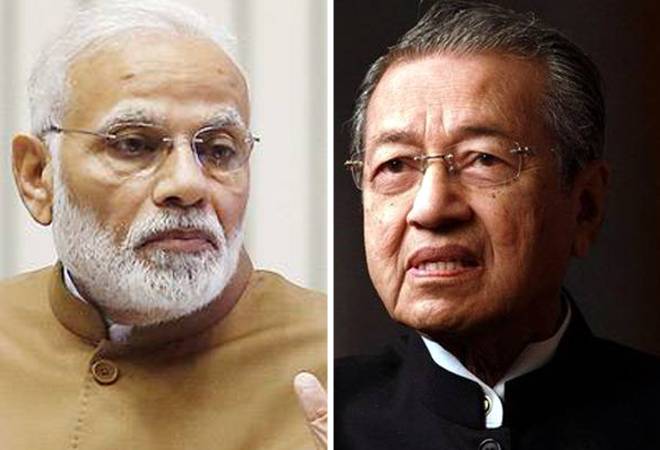 If India goes ahead with curbs, it'll be a huge setback for Malaysia

Miffed over Malaysian Prime Minister Mahathir Mohamad's criticism on domestic issues like CAA (the Citizenship Amendment Act) and Kuala Lumpur's refusal to revoke the permanent resident status of controversial Islamic preacher Zakir Naik, India has set into motion an exercise that may place more curbs on exports from the Southeast Asian country.

In the latest development in the India-Malaysia trade row, the Cabinet Secretariat has written to the Ministry of Commerce, seeking "trade remedial action against restrictive trade practices of Malaysia".

India Today has accessed the Cabinet secretariat's directive to look into the scope for enforcing restrictions on imports from Malaysia. These include petroleum crude, refined palm oil, crude palm oil, copper and aluminium wire, microprocessors and other computer and telecom products, turbojets, aluminium ingots, LNG, etc.

The decision has a 'Make in India' connect. As per the Centre's assessment, the restrictions will boost business for crude palm oil refiners in India, which is one of the world's largest vegetable oil consumers. An average Indian consumes over 20 kg of vegetable oil a year.

If India goes ahead with curbs, it'll be a huge setback for Malaysia as its India exports grew 20.1 per cent to $11 billion revenue in FY19 and $7 billion in the April-November period of FY20.

In contrast, India's export to Malaysia was $6.4 billion in FY19 and $4 billion in April-November FY20.

India has also imposed 5 per cent safeguard duty on the refined palm oil, valid till March 2020. The Centre has also decided the refined palm oil will be shifted to a restricted category, requiring importers to obtain a licence from Directorate General of Foreign Trade (DGFT) to prevent "harm to the domestic industry", the note from Cabinet Secretariat says.

The Ministry of Electronics and Information Technology has been directed to notify technical standards for microprocessors by the month-end. To curb unrestricted imports into India from countries like Malaysia, a mechanism for the stringent enforcement of the standards is being worked out. The Customs Department has also been asked to conduct a thorough inspection of microprocessors being imported from Malaysia.

The Mines Secretary has been asked to consider establishing an Import Monitoring System to discourage imports of products that can harm the domestic industry.

Interestingly, India is also tightening the noose around imports from China, following its steadfast support for Pakistan on various issues.

While the Centre's focus is mainly on creating protective barriers against large-scale products coming from China, smaller items like mobile accessories have continued unrestricted, thereby hurting domestic manufacturers. These items escape scrutiny as they are classified under 'others' category during the import process.

Minor items like 'unsorted waste' and 'scrap' from China also witnessed a 40 per cent spurt in the recent past. The sale of items like 'antennas', used in various sectors, also saw a 30 per cent jump in the last fiscal.

Even items like 'mobile phones' were coming in under the 'others' category till recently and raised no alarm bells like 'steel' or 'chemicals' do, but accounted for 20 per cent (about $100 billion) of India's imports. The Centre is now looking into ways to create a licencing mechanism for the 'other' category imports.

A large number of items, which make up about 25 per cent of India's imports, can't be ignored, a senior official of the Ministry of Commerce told India Today. "The country needs to know what's being imported. There needs to be a mechanism to set quality standards and enforcement."

Union Commerce Minister Piyush Goyal had also flagged the issue recently, saying India, like Germany, might restrict the import of products brought in under the 'others' category.