The government needs to maintain fiscal stability by boldly spending to mitigate the economic impact of coronavirus-led crisis on individuals, businesses and the financial sector, says Uday Kotak 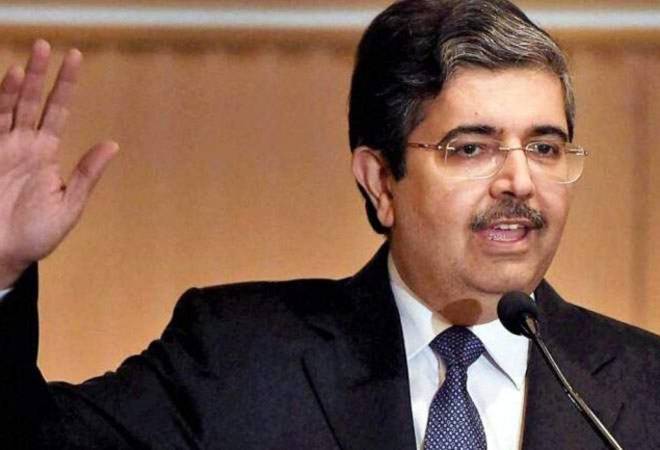 Confederation of Indian Industry (CII)'s newly appointed president and top banker Uday Kotak on Thursday said that the country needs to maintain financial and fiscal stability even as fiscal deficit rises in the future. Terming India's sovereign rating downgrade by Moody's as 'a warning shot', Kotak said that the government needs to maintain fiscal stability by boldly spending to mitigate the economic impact of coronavirus-led crisis on individuals, businesses and the financial sector.

In wake of the coronavirus pandemic and subsequent economic stimulus package to support the economy, analysts estimate India's fiscal deficit to spike to 11.5 per cent of GDP in FY21, up from just 6.5 per cent before the virus outbreak. The increase will amount to a revenue loss of Rs 10 lakh crore for the government, Business Standard quoted Kotak as saying.

"While ratings are a matter of opinion, what is contained in the ratings is something we need to keep in mind, so that we don't have a sharp increase in cost of borrowing by Indians or Indian companies from the overseas markets, as also a sharp withdrawal of money should there be a significant drop in financial stability parameters," the banker told the leading daily.

On Monday, Moody's Investors Service downgraded India's rating to BAA3 and maintained the negative outlook, citing tardy implementation of key policy reforms along with the coronavirus pandemic. Moody's rating action was in line with other agencies such as S&P and Fitch, which expect prolonged period of slow growth to continue well beyond the pandemic.

Veteran banker Uday Kotak assumed office as the president of the Confederation of Indian Industry for 2020-21 on Wednesday. Kotak, managing director and CEO of Kotak Mahindra Bank Limited, takes over from Vikram Kirloskar, chairman and managing director of Kirloskar Systems Ltd and vice chairman of Toyota Kirloskar Motor. Kotak has been associated with CII for over two decades and has served in many capacities in the chamber.