India and the United States, are working on a trade deal for the past two years. Last September, President Donald Trump had announced that it was likely to be signed soon 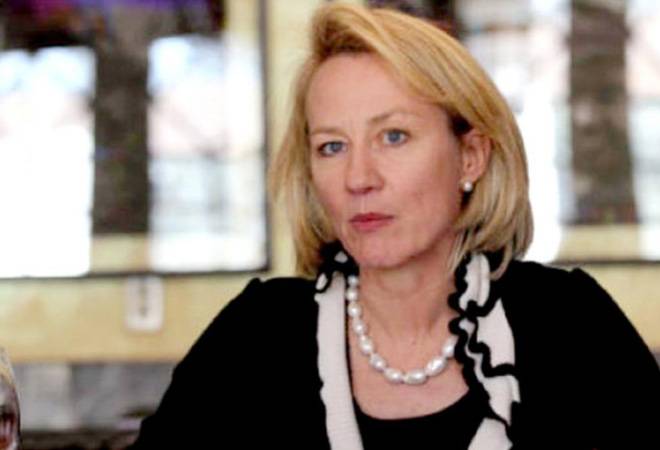 Underlining that India has not been able to crack trade deals, a senior US diplomat on Wednesday said it needs to bring economic reforms to grab the opportunity provided by the coronavirus crisis. Alice Wells, the outgoing Principal Deputy Assistant Secretary of State for South and Central Asian Affairs, said the US wants a trade pact but India has not been able to do so.

Companies want to diversify their supply chains post-COVID 19, this really represents "a golden opportunity for India", which we think it should seize with market-friendly approaches instead of protectionist impulses, she said observing that the US really wants to work with India to improve the business environment. "I would point out that we're a country that makes trade deals. As rough and tumble as these discussions are, we make deals. We have not seen India be able to make these trade deals yet," Alice Wells told told a Washington DC-based think tank.

"So, this is not just a US issue. It's an issue that India faces and its relations with the EU, Australia, other countries," Wells told former US Ambassador to India, Richard Verma, during a virtual discussion organised by the Atlantic Council. She said there's a real opportunity for diversification as countries are looking to de-risk from China.

"India could make sense if the right policies are put in place and the right commitments to infrastructure," she said. The United States, she said certainly wants to see that happen and facilitate that kind of growth in its partnership with India. "But there are tough issues and this administration is committed to doing what is necessary to make progress," the American diplomat said.

India and the United States, are working on a trade deal for the past two years. Last September, President Donald Trump had announced that it was likely to be signed soon. "In any trade relationship, there are trade irritants. This is an area where we've been working hard for the past two-three years. And it's a priority of the president to be able to reduce tariff barriers to American products," she said.

Expressing her disappointment that the two countries could not reach a trade deal earlier this year, she said the importance of such a deal has only increased as the Indian economy faces additional headwinds. "We have also seen backsliding. We've seen steps that have been taken over the course of the last year that disadvantage foreign companies that change the rules of the road after companies have made very sizable investments or that have levied taxes again in a discriminatory fashion on American firms," she rued.

"So, questions do continue to be raised about the degree to which India is prepared to open its markets," Wells said. Observing that ease of doing business is particularly important when it comes to the pharmaceutical sector, Wells said that the US was pleased to see Gilead's announcement last week that it's going to source remdesivir from Indian companies.

"As President Trump has noted, India is a vital partner for vaccine development. This is an area in which the Serum Institute of India is already working with US partners. And India is also a crucial cog in the global supply chain for ventilator components. We were pleased to be able ourselves to donate ventilators to India and other partners earlier this month," Wells said.

Earlier in the day, Wells told reporters during a conference call that India needs to open up as it is still a protected market, which sometimes denies a level playing field to foreign companies. "In the post-pandemic environment, countries are looking at a little bit of de-globalisation and onshoring of the critical production. And at the same time, there's a very vigorous effort to diversify supply chains," Wells said during a conference call with reporters.

"And this is a real moment of opportunity for India by adopting a more open and welcoming policies by reducing tariffs that allow manufacturing companies inside India to be part of the global supply chain," Wells added, stressing on building trusted supply chain relationships.