The slackened pace of growth in steel production comes on the back of a sharp decline in growth in consumption of steel in the domestic market. 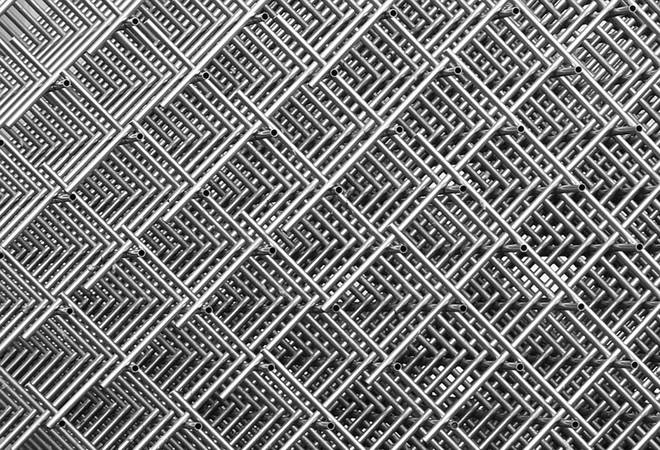 India's steel production growth rate slowed down to a 5-month low of 1.6 per cent in September this year due to the slump in key sectors like automobiles, consumer durables and a decline in spending on infrastructure.

The country produced 8.96 million tonnes of crude steel last month that was also the lowest in absolute quantum since April this year when 8.8 million tonnes of steel was produced. The decline in growth came just after a 4 year high of 6 per cent increase registered in August this year.

In the first half of this fiscal, demand for steel in India grew by just 5 per cent, lower than the 7.5 per cent and 7.9 per cent registered in FY 2019 and FY 2018 respectively. As a result, prices of steel have also fallen in the domestic market to a near three year low of Rs 34,250 per tonne of hot rolled coil in the second week of October. It was below the threshold level of Rs 34,719 per tonne that invites anti dumping duty on imports. Steel prices have now fallen over 16 per cent in this fiscal alone. 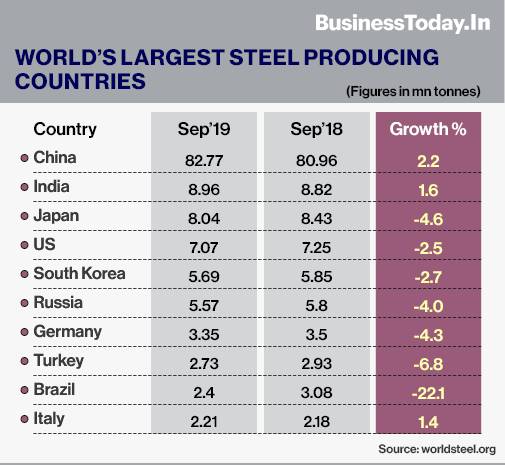 Some say the slowdown in production was only to be expected on the back of low consumption growth. More could be in the offing.

"There is a credit squeeze, there is prolonged monsoon, a weaker government expenditure and fall in consumer demand," said Seshagiri Rao, Joint Managing Director and Group CFO at JSW Steel, India's second largest steel maker after presenting the second quarter results of the company last week. JSW is slated to miss its sales and production target for 2019-20 by 3 per cent and has had to cut its capital expenditure by a third.

The moderation in demand is not surprising. Two key sectors that drive demand for steel in any economy-automobiles and construction, are in dire straits in India. Production of automobiles in the first half of this fiscal so far has been lower by over 13 per cent compared to last year. Growth in the construction sector also deteriorated to a seven-quarter low of 5.7 per cent in Q1 FY20 from 9.6 per cent in Q1 FY19.