Trump, championing his 'America First' policy, has been a vocal critic of India for levying "tremendously high" duties on US products. He has described India as a "tariff king". 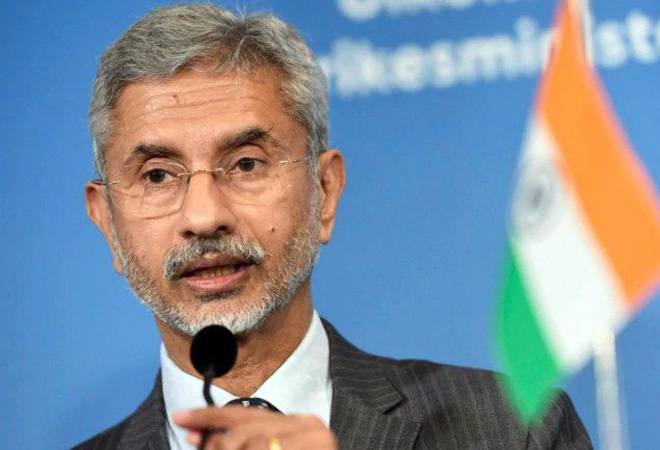 Trade tensions between India and the US have been rising with American President Donald Trump complaining that tariffs imposed by New Delhi on American products were "no longer acceptable".

Trade deals are not simple arithmetic but much more complicated as they involve a number of variables, External Affairs Minister S Jaishankar has said, exuding confidence that India and US will "find a fix" to their trade disputes with intense engagement going on between the two countries.

Trade tensions between India and the US have been rising with American President Donald Trump complaining that tariffs imposed by New Delhi on American products were "no longer acceptable".

Trump, championing his 'America First' policy, has been a vocal critic of India for levying "tremendously high" duties on US products. He has described India as a "tariff king".

Also Read: After 'Howdy Modi,' US and India could sign trade deal

Ahead of the New Delhi visit of US Commerce Secretary Wilbur Ross for trade talks with his Indian counterpart Union Commerce Minister Piyush Goyal, Jaishankar on Tuesday said he was hopeful that something will come out of this ongoing intense engagement between officials of the two countries on trade issues.

"My understanding of the conversations is that he (Goyal) has had with his counterpart and (that) his officials, have had team to team - that there's been a very intense engagement. I am hopeful that something would come out of it," Jaishankar told a meeting of US corporate bodies during an event organised by US India Strategic and Partnership Forum.

Trade officials from the two countries would naturally want progress on what are considered to be the outstanding issues, he said.

"But I think there's also some desire to look beyond. So when people speak about what's gonna be the a trade deal, we'll have to see about that goes," he said.

Whether one draws a sharper kind of framework for the certain set of issues, then look beyond or does one attack a more ambitious agenda, which will obviously then take more time, he said.

"So it's going to be sort of you trade the size of it and the complexity of it for the time and the energy for it. I think that part of it is still a little open, but again, my understanding is that they would be talking with each other continually over the coming days," Jaishankar said.

Jaishankar said he had seen much more difficult issues which have been creatively resolved.

"I can't believe that people today are less ingenious than we were in our time. So I'm reasonably confident that we will find a fix," the top Indian diplomat said.

One of the challenges is really how do one define the issue for which they are trying to find a fix.

"Are you looking at immediate trade frictions? Are the legacy issues you want to resolve? Are the things on the horizon? Are you looking at future policymaking? Those are decisions which both sides really need to have conversations about," Jaishankar told the audience at the Atlantic Council.

Observing that two countries are dealing with multiple, parallel realities when it comes to trade issues, he said the first reality is that a lot of these problems pre-existed.

They become much more sort of central because the current administration in the US puts certain salience on these sets of issues, he said.

"I don't see anything wrong with that," he said.

Earlier, responding to a question at the Atlantic Council think-tank, Jaishankar cautioned against "overstating" that economic friction between the two countries, saying because the numbers are not going up.

"It's like what you were arguing in the dark corners of the room, now you are out there with the mic on. I think just because you are having a loud argument doesn't make it an intractable argument. My sense is, okay, you will push us, we'll push back, do a little bit of this and finally some kind of adjustment, some kind of accommodation would happen," he said.

Ahead of the New York meeting between Prime Minister Narendra Modi and President Donald Trump, he said there were multiple rounds of very positive conversations on the trade issue.

"I think they needed more time. Many of their issues were more complex," he said, adding that he has been telling the Indian press that trade deals are much more complicated than they think.

"It isn't simple arithmetic. A lot of variables are out there. So we will have to work our way through that," he said.

The US terminated India's designation as beneficiary developing country under the Generalised System of Preferences (GSP) programme on June 5.

India has been the single biggest beneficiary of the GSP programme, allowing the country to export USD 5.7 billion worth of duty-free goods in 2017, according to figures from US Congress.

On the other hand, the US wants greater market access for its farm and manufacturing products, dairy items and medical devices, and cut on import duties on some ICT products. The US has also raised concerns over high trade deficit with India.

India imposed retaliatory tariffs on 28 US products including almonds and apples from June 5, after the Trump Administration revoked its preferential trade privileges.