Myriad videos and pictures have gone viral on social media where the IAF pilot Wing Commander Abhinandan is seen being captured and held captive by Pakistani villagers before handing him over to the Pakistani army. 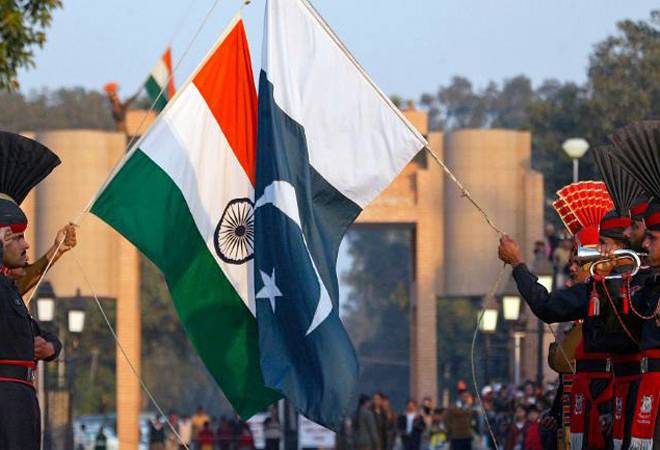 The downed IAF pilot captured by Pakistan and identified by the country as Wing Commander Abhinandan tried to swallow documents and maps he had with him, also soaking some of them in water before being caught and roughed up by an angry mob.

Myriad videos and pictures have gone viral on social media where the IAF pilot is seen being captured and held captive by Pakistani villagers before handing him over to the Pakistani army.

According to a news report in Dawn, in the early morning on Wednesday a local in Horra'n village (barely 7 kms from the LoC) in Bhimber district of PoK heard a commotion in the air and realised two aircrafts had caught fire. While one of them sped across the LoC, the other burst into flames and came down swiftly. The local saw a parachute descending on the ground and a pilot emerging out of it.

Also Read: India-Pakistan tension LIVE: India will fight as one, win as one, says PM Modi

Upon seeing the pilot, the local called other people out from his village, asking them to get hold of the pilot until the army personnel arrived. The IAF commander who was equipped with a pistol asked the villagers whether it was India or Pakistan, to which one of them replied that it was India. The pilot then shouted some slogans and asked them which place was it exactly in India, when a local responded that it was Qilla'n.

The pilot asked the villagers for some water to drink as his "back was broken" the report stated. A youth among the people surrounding the pilot could not hold his  emotions to the pilot's slogans and started shouting "Pakistan army zindabad".

On this the IAF pilot shot a fire in the air while the locals picked up stones in their hands. The officer then ran half a kilometer in backward direction keeping his pistol pointed towards the locals who started trailing him.

While running he tried to scare the villagers away by firing some more gunshots in the air but to no avail, the local said. The pilot then jumped into a small pond where he hurriedly took out some documents and maps from his pockets and tried to swallow some of them and soaking others in water. The locals asked him to drop his weapon, but one boy shot at his leg, the villager said.

The pilot finally came out and asked the villagers not to kill him. The locals then caught him from both his arms while some of them manhandled him, beat him up, others tried to stop them.

Also Read: Wing Commander Abhinandan Varthaman: Here's all you need to know about the IAF pilot in Pakistan's custody

Meanwhile, the army personnel reached at the spot and took the IAF officer in their custody while shielding him from the angry mob, the local told the newspaper. The pilot was then taken in a convoy of military vehicles to a Pakistani army installation in Bhimber.

The Ministry of External Affairs (MEA) has confirmed that the missing officer is in Pakistan's custody and demanded his immediate and safe return to India. MEA issued the statement yesterday after it summoned the Acting High Commissioner of Pakistan to lodge "a strong protest at the unprovoked act of aggression by Pakistan against India."