Abhinandan Varthaman: Here's all we know about the captured IAF pilot who has the whole country praying for his safety and quick release. 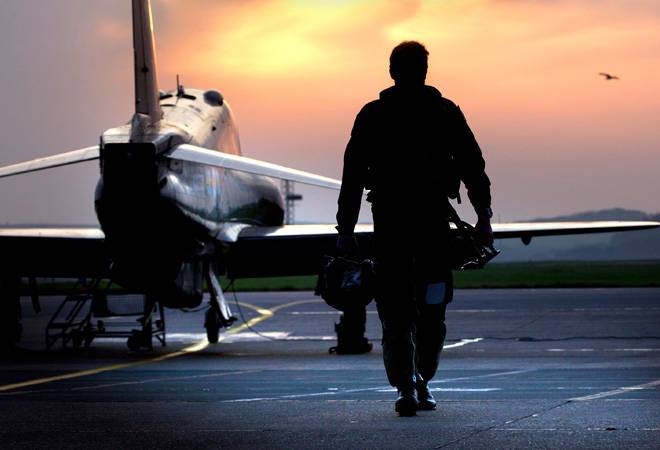 Since then a video of him being roughed up while blindfolded has gone viral, as have two others showing him being interrogated and subsequently claiming that he has been treated well by the Pakistani forces and "will not change" his statement "if" he returns to India.

His poise and confidence under pressure has won hearts across the country. For instance, in one of the videos, Varthaman alludes to the Geneva Convention when he only disclosed his service number and identifies himself as a Hindu and, when pressed for more details, calmly says, "I'm sorry sir...that's all I'm supposed to tell you."

Here's what we know about this braveheart:

The 34-year-old Wing Commander is an alumnus of the National Defence Academy (NDA), Khadakwasla and has been a fighter pilot for 16 years. He was an accomplished Sukhoi-30 fighter pilot before being assigned to the MiG-21 Bison squadron. He is the son of Air Marshal S Varthaman, a decorated officer who reportedly retired after serving as the Eastern Air Command chief. Ironically, Varthaman senior had been a consultant for Mani Ratnam's film Kaatru Veliyidai that depicted an Indian Air Force Squadron Leader taken prisoner by Pakistan during the Kargil War.

Wing Commander Varthaman is reportedly married with two children. His brother, too, serves in the Indian Air Force. He had appeared for on a TV show where he claimed that bad attitude is what made a good fighter pilot.

Follow the LIVE blog here: India will fight as one, win as one, says PM Modi

What is India doing about his release?

The Ministry of External Affairs yesterday summoned Pakistan's Acting High Commissioner, Syed Haider Shah to the South Block and registered a strong-worded objection to Pakistan's unwarranted advances into Indian airspace as well as Varthaman's arrest. India also told off Shah for the vulgar display of the injured officer, calling it a violation of all norms of the International Humanitarian Law and the Geneva Convention.

According to reports, the MEA has made it clear to Pakistan that it expects safe and immediate return of its aviator, and Pakistan will be well-advised to ensure that no harm comes to him.

The reason for the hard language is obvious. India has not forgotten Flight Lieutenant Kambampati Nachiketa, who was captured by Pakistan at the peak of the Kargil War. On his return to India, Nachiketa had described the eight days as a prisoner of war as a period of immense mental and physical torture. Neither can Captain Saurabh Kalia and five of his platoon members be forgotten, who were captured by Pakistani troops and tortured, mutilated and killed just before the Kargil War broke out.