The downward revision in Indian economy's annual forecast comes a day after official data showed the country's GDP shrunk by a record 23.9 per cent in the April-June quarter 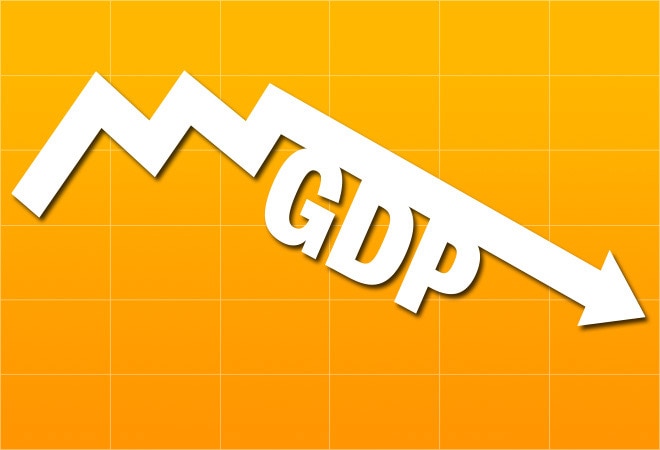 SBI had earlier estimated the real GDP at -6.8 per cent for the current fiscal year, it said in its research report-Ecowrap

India's real Gross Domestic Product (GDP) is likely to contract by 10.9 per cent in the financial year 2020-21, State Bank of India (SBI) said in a report on Thursday. The bank had earlier estimated the real GDP at -6.8 per cent for the current fiscal year, it said in its research report Ecowrap.

The downward revision in Indian economy's annual forecast comes a day after official data showed the country's GDP shrunk by a record 23.9 per cent in the April-June quarter. This is the worst performance on record because of the countrywide lockdown imposed by the Centre on March 25 to stem the spread of coronavirus.

The first quarter GDP contraction compares with 3.1 per cent growth in the preceding January-March quarter and 5.2 per cent expansion in the same period a year back.

"Our preliminary estimate indicates that all four quarters of FY21 will exhibit negative real GDP growth, and decline of full year growth will likely be in double digits (around 10.9 per cent)," the research report stated.

With investment demand not seeing recovery due to unutilised capacity, the share of private consumption expenditure will remain on the higher side in overall GDP estimate, it noted.

"Assuming that it remains at 57 per cent of GDP in nominal terms, we will see at least around 14 per cent decline in PFCE growth in FY21, as against an average of 12 per cent growth for the nine-year period ended FY20," the report said.

This indicates an average swing of 26 per cent in current fiscal indicating a consumption washout, it added.

The pandemic has significantly impacted expenditure patterns under individual consumption expenditure components like health and education, the report stated.

It, however, sees two positives amidst all these numbers.

"First, RBI sector-wise credit-data for the month of July indicates that except industry, credit has increased in all other major sectors in July. There has been a significant increase in credit to MSE (micro and small enterprises), agri and allied and personal loans," the report added.

Second, some of the sectors where new project announcements were seen during the first quarter include roadways, basic chemicals, electricity and community services such as hospitals and water sewage pipelines, it said.

According to the research report, there is a need to revive sectors such as construction, trade and hotels, aviation.

Restoring transportation services and giving a push to infrastructure by issuing special bonds to RBI-like perpetual bonds must also be explored apart from supporting states through fiscal measures in their endeavour, it added.