Joe Biden's heartwarming old letter is a lesson for all Indian employers!

A letter that he wrote to his staff as the Vice President of the US in 2014 has now surfaced, where Biden had asked his staff to not neglect their familial duties for work 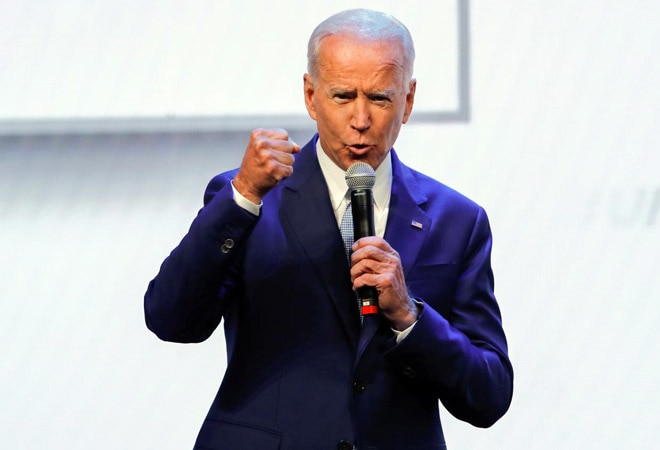 Joe Biden's letter to his staff

President-elect Joe Biden has been winning hearts with his inclusive politics, call for unity and his resolve to heal America that has been battered with record-breaking coronavirus cases and unrest. In fact, having tragically lost three members of his family, Biden knows a thing or two about healing and the importance of family. A letter that he wrote to his staff as the Vice President of the US in 2014 has now surfaced, where Biden had asked his staff to not neglect their familial duties for work.

"I would like to take a moment and make something clear to everyone. I do not expect nor do I want any of you to miss or sacrifice important family obligations for work," he said. Biden added that if he finds out that any of his staff members are missing important family responsibilities, then he would be greatly disappointed.

By coincidence: exactly 6 years ago today, as Vice President of the USA, Joe Biden sent this note to his staff.

I presume in the background, thoughts of his first wife & daughter who died long ago; or his son, who died of cancer just a few months after this note.

Biden's perspective is antithetical to the practice of Indian employees and accentuates the tough work life in India.

The President-elect's letter particularly resonates with Indian employees who work extra-long hours every week. A report by the National Sample Sample Survey Office (NSSO) last year said that urban Indians worked 53-54 hours and those in villages worked 46-47 hours a week. In fact, men in cities worked often in the range of 60-84 hours per week. The global mean of hours work per week was 43, according to the NSSO survey, indicating that Indians worked far more than their global peers. The survey showed that 52-55 per cent of rural workers and 68-70 per cent of urban workers worked more than 48 hours -- the prescribed limit for International Labour Organisation.

The heartwarming letter was shared by Twitter user Dan Barker, who said that this was likely written with thoughts of his first wife and daughter. Joe Biden's first wife Neilia and their 13-month-old daughter died in 1972. The Biden family, excluding Joe, had gone Christmas shopping when a tractor-trailer rammed into their car. His wife died immediately and his two sons Beau and Hunter were injured. In May 2015, his eldest son Beau Biden, a lawyer and politician suffering from a brain tumour was admitted to the hospital after complaining of headache numbness and paralysis. Beau Biden died 10 days later at the age of 46.

Here's the text of Biden's letter to his staff:

To My Wonderful Staff,

I would like to take a moment and make something clear to everyone. I do not expect nor do I want any of you to miss or sacrifice important family obligations for work. Family obligations include but are not limited to family birthdays, anniversaries, weddings, any religious ceremonies such as first communions and bar mitzvahs, graduations and times of need such as illness or a loss in the family. This is very important to me. In fact, I will go as far as to say that if I find out that you are working with me while missing important family responsibilities, it will disappoint me greatly. This has been an unwritten rule since my days in the Senate.Thank you all for the hard work.