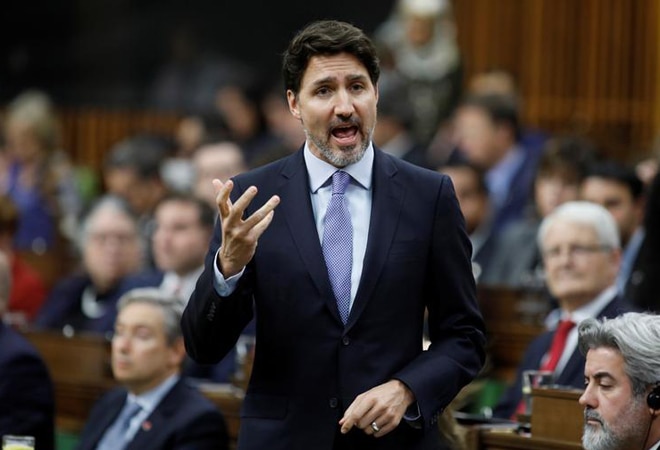 Canadian Prime Minister Justin Trudeau has become the world's first leader to comment on the ongoing farmers' protest in Delhi. Trudeau said that Canada will always be there to defend the right to peaceful protest.

Addressing the Indian community in Canada during an online event on Monday to mark the 551st birth anniversary of Guru Nanak Dev, Trudeau said he would be negligent if he didn't recognise the "news coming out of India about the protest by farmers."

The 47-year-old PM added, "Let me remind you, Canada will always be there to defend the right of peaceful protest. We believe in the importance of dialogue and that is why we have reached out through multiple means directly to Indian authorities to highlight our concerns".

He said that this was a moment for all to come together, especially because of COVID-19. "We are going to be there to continue to work together as we are there to help each other," he said.

Extending his greetings on Guru Nanak Dev's birth anniversary, he said that it is really an "important time to come together even more so this year than normal because COVID is keeping us all separate."

However, Trudeau's comment has not gone well with both the ruling Bharatiya Janata Party and Aam Aadmi Party (AAP).

Srivastava said, "We have seen some ill-informed comments by Canadian leaders relating to farmers in India. Such comments are unwarranted, especially when pertaining to the internal affairs of a democratic country". He added, "It is also best that diplomatic conversations are not misrepresented for political purposes."

AAP MLA Raghav Chadha said any interference or commentary from elected heads of other countries on India's internal matters is unsolicited and unwelcome.

However, he also urged the Centre to immediately resolve and accede to farmers' demands.

The farmers' protest entered its sixth day on Tuesday as thousands of people from several states, including Punjab and Haryana, continued to hold peaceful sit-in demonstrations in the outskirts of Delhi.

Farmers are protesting against the three agricultural laws that were passed during the Monsoon Session of the Parliament this year.

The farmers have expressed apprehension that the Centre's farm laws would pave the way for the dismantling of the minimum support price system, leaving them at the "mercy" of big corporates.

The government has maintained that the new laws will bring farmers better opportunities and usher in new technologies in agriculture.